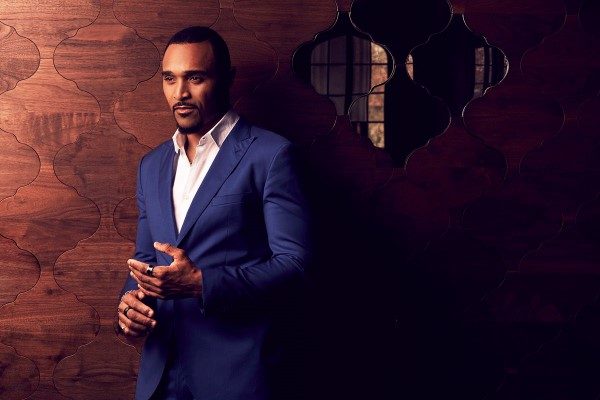 If you’ve been missing the sounds of old-school greats Sam Cook, Donny Hathaway, Marvin Gaye or Otis Redding, Sean Jones is the remedy! You may recognize his name as part the Juno Award-winning R&B group In Essence, though he’s now focused on his solo career including the upcoming release of new album Take Me.

The first words that popped into my head listening to your tunes were: classic, smooth and soulful. Who were some of the first artists the evoked these emotions in you?

Sam Cooke, Otis Redding, Al Green, Marvin Gaye….yeah I think that about covers all the bases!

Your upcoming album, Take Me, has been said to be inspired by the birth of your first child! Can you expand on this? How else did the “new dad” experience change your life?

Actually the song “Take Me” was inspired by my baby girl Savannah. It was the last song written on the album but the first song I wrote after her birth. I didn’t even realize it was about her until it was all done. I look into her eyes every day and she takes me to a special place. I’ve surrendered completely and it feels so good.

You’re involved in this summer’s “Soul in the City” residency at Toronto’s Casa Loma! What’s your favourite part of a longer-term event like this?

Watching it grow. We started 4 years ago with about 200 of my closest friends. We were only slotted for 4 shows that first summer. But it went so well we kept on getting extended. 4 years later and we are at 1000+ every night. I’m so proud of what my team and I have been able to create. Also very thankful for the opportunity that Nick Di Danto and the faith he showed in my abilities.

In other live opportunities, you’ve shared the stage with Beyoncé, Stevie Wonder, Diana Ross, Natalie Cole and Snoop Dogg, to name, but a few. Are there any newer artists that you’d love to get up there with? Maybe collaborate with in the studio?

What are you most looking forward to this summer, music-related or otherwise?

Soul In The City is going to be incredible. We’ve put together an unbelievable show that will have people up on their feet from the very first song.

I’m also looking forward to spending time with my little girl and watching her grow. She came to opening night of the show. It was unbelievable to look over and see her watching me perform.