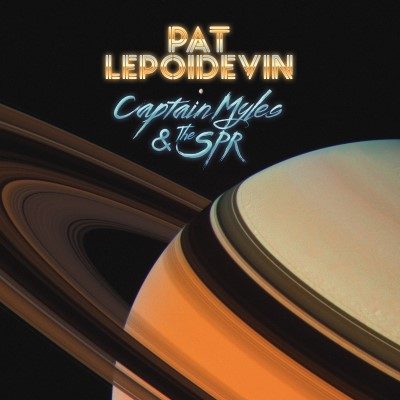 With five albums to his name, Pat LePoidevin is a seasoned musician and his latest album might be his best one yet. The British Columbia-native released his latest LP Captain Myles & the S.P.R. The nine-track compilation is a combination of slow-burning discoveries and boisterous indie gems.

You’ll find great energies in songs like “Broadcast” and “Cha Cha” and overall creative storytelling – the overall album is said to tell the story of two children travelling through space set in the future. LePoidevin touches on themes of exploration, homecoming and existence. “Lucy” is a darling tune; emotive and captivating to the ears. Another standout lies with the last of the nine recorded songs “Rifle” – a steady drum to accompany a melodic voice.

Follow the story LePoidevin has created and you will immerse yourself in a fictional world of wonder and nostalgia. With vocals sometimes reminiscent of Bon Iver’s Justin Vernon, or Tim Baker from Hey Rosetta!, Captain Myles & the S.P.R. is a pleasing collection of escapisms that will leave you feeling engaged and tranquil in one delightfully indie moment.