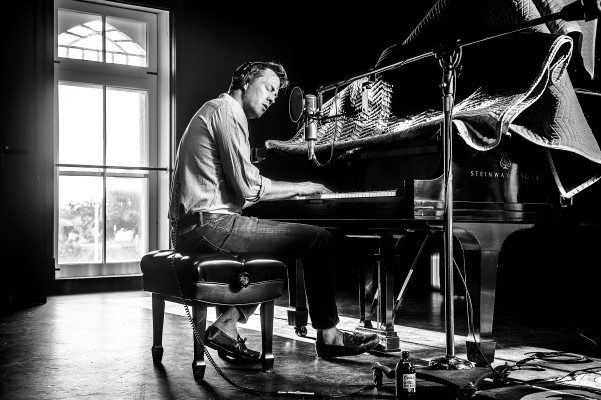 Toronto, ON-based singer-songwriter Matthew Barber has been a busy guy. He released his newest album, Phase of the Moon last month. In support of the album, he will be doing a string of shows in Ontario, check out the dates below.

We had a nice chat with Matthew in advance of these shows, so take a few moments and find out more about him, and be sure to check him out next time he’s in your area.

Sure.  Hi, my name is Matthew Barber.  Thank you for reading this Q and A.

You released your new album, Phase of the Moon last month via Outside Music, how has the response been so far for this release?

Quite good, I think.  Several people have told me they like it a lot.

We’d love to hear about the writing process behind Phase of the Moon, care to share?

Ok.  I wrote a lot of it while spending a month in Paris in early 2017.  I had a little piano in the tiny flat my wife and I rented and as a result, the album is the most piano-oriented of all my records.  Overall it’s a fairly personal record, with a lot of songs dealing with coming to terms with getting older and the never-ending search for meaning, freedom and fulfilment.

In February you released a video for your single, “Back To You”, which was directed by Christopher Mills, what was it like working with him on this release?

It was very cold and my face was frozen but it was fun.  We got the drone camera stuck in a tree on the very first shot but things went smoothly after that.  Christopher did a great job with the video.  It’s starkly beautiful.

Either the Filipino food we had for lunch in Scarborough or the sci-fi water treatment structures in a park in Mississauga.

You are about to take off on a tour in support of Phase of the Moon, hitting various cities in Ontario, what can someone who has yet to see you live expect from your show?

Songs from throughout my 10 album career, great playing from my band, sincere and committed singing from me.

When can fans outside of Ontario expect to catch you on tour?

I’ve been many places across Canada so far this spring from coast to coast, these are the last 4 shows for a little while.  I’d love to play more and get back to other parts of the world as well.

Good question!  I’ll get back to you on that.