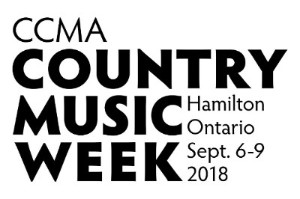 One of the most popular events of Country Music Week, the CCMA Legends Show: A Tribute to Yesterday & Today is a memorable opportunity to witness Award-winning country musicians paying tribute to Canada’s most admirable country artists. Taking place annually, the show includes performances by Hall of Fame inductees who have made a mark on the Canadian country music scene alongside rising and current hit-makers.

Confirmed for Friday, September 7, the 2018 CCMA Legends Show will be hosted by award-winning artist Beverley Mahood and feature performances by Patricia Conroy, Russell deCarle, Jess Moskaluke, Murray McLauchlan, Michelle Wright and Mahood herself. Additional artists to be announced throughout the coming months.

Making this year’s show extra special is a collaboration between the CCMA and the Canadian Country Music Hall of Fame. Titled Then and Now, this collaboration will see the release of an album (Then and Now – Volume 1) that features Hall of Fame inductees performing their biggest hits as a duet with some of today’s top names in Canadian country music.

Available for purchase at the 2018 CCMA Legends Show, Then and Now – Volume 1 will be the first of many albums created in celebration of Canada’s country talent. Slated for release every other year, it is hoped that the ongoing recording project will raise the Canadian Country Music. Hall of Fame’s profile on a national level.

TICKET INFORMATION:
Tickets range from $40 to $65 (plus fees) and will be available in-person through the FirstOntario Centre Box office and online at ticketmaster.ca as of 10:00 a.m. on Friday, June 22, 2018.