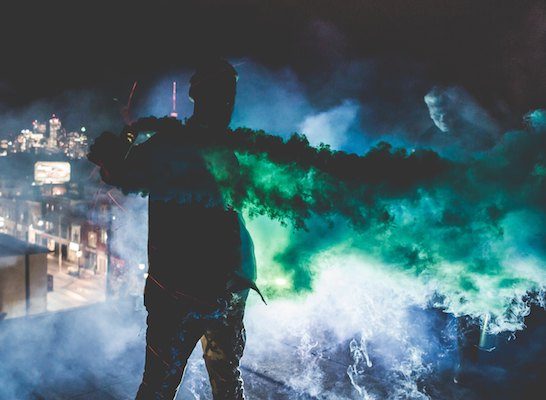 Today Waves That Stray has released the official video for “Mr. Wild The Killer Child”, from the debut self-titled album.  Produced by Press It and edited by Floydian Images, this video is an artful masterpiece that marries the rich layers of dark, seductive music with the intense imagery of the video itself.   The video depicts scenes of mystical illusion and debauchery and hints at a few prominent Toronto locations.  It is shot from the perspective of a gas mask wearing man as he bears witness to the concealed environment of the dark and isolated underground sub-culture.  You can check out the video below!

Waves The Stray is Toronto-based musician’s Sean MacLean’s new project that has not-so-quietly been garnering interest since the release of the self-title album in March, which has been described as capturing the essence of the city’s energy and under currents.  Catch “Mr Wild The Killer Child” and many of his other songs at Lee’s Palace on Friday night!