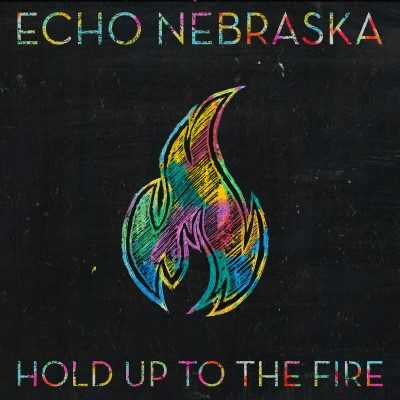 Album: Hold Up To The Fire
Release Date:
Genre: Rock/Folk

Vancouver’s rock-outfit Echo Nebraska is plucking heartstrings with their newest album, Hold Up To The Fire. Expanding on their reputation of combing “soul-strung” acoustic with melodic pop sensibilities, Echo Nebraska has cemented themselves as a band that succeeds in terms of both commercial sound and homegrown originality.

From the gritty, grassroots-flavoured “Follow Me” to the jaunty groove of “Ghost Town”, the 10-track album bounces from sultry to mournful, from triumphant to sedate. Whether you’re a fan of rock or folk is irrelevant—Hold Up To The Fire promises at least one track that will get you to your feet.

Perhaps most deeply felt, Hold Up To The Fire’s title track was written after bassist and founding member, Gunn Park, passed away from cancer in 2016. An introspective, instrumentally stunning song-studded with flooring lyrics and pitch-perfect lead vocals, “Hold Up To The Fire” is an anthem that is both sentimental and catchy for the casual listener.

For lovers of Hey Rosetta, Matthew Good, and The Lumineers, Echo Nebraska is a must-hear.