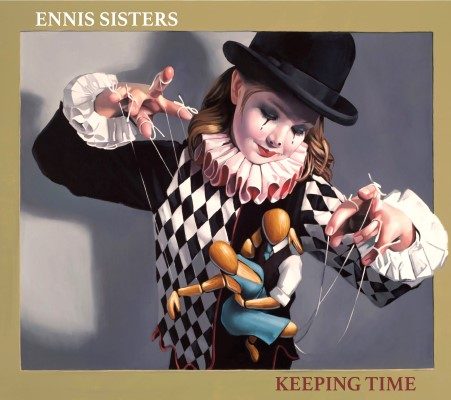 Keeping Time is the latest offering from the Ennis Sisters. The concept album plays on the theme of time, and “what we do with it”.   “It’s about the passing of time, the loss of traditions, the things we do to hold on to what matters most,” says Maureen Ennis. “At the end of our lives, when the edges of our memories are fraying, and we are falling in and out of time, hopefully, looking back we’ll feel we lived our lives to the fullest with little regret.” The album toys with the passage of time and its effects. It celebrates life and honours the band’s father, who they recently lost to dementia.

Track, “California Wine” perfectly embodies the album’s theme. Its folky vocals deliver sincere lyrics about losing a loved one to dementia: “Why can’t we age as sweet as California wine?”  However, the epic, “Daughters of Newfoundland” plays on another theme of being proud of your origins. It honours the strength of Newfoundland and Labrador women, serving as a haunting, yet powerful, anthem.

Title track, “Keeping Time” is a love song for a father and daughter, written as a wedding dance. According to the band “the idea was to keep the song happy and upbeat rather than too emotional on such a joyful day. Dad has always been a great dancer, and we have many fond memories of waltzing with him at the dances in Cape Broyle.”

Keeping Time is a sincere and honest effort. It stays true to the theme, honouring loved ones and empowers and unites others.