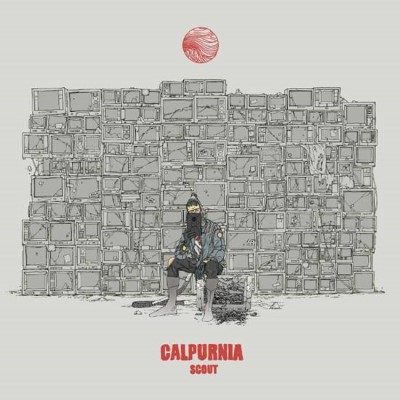 Vancouver band Calpurnia has been receiving a lot of press thanks to Stranger Things star, Finn Wolfhard. However, putting that aside, it should be noted that the band is very deserving of recognition solely for the music it creates. Scout is Calpurnia’s EP (out today) and is a very promising debut. Scout is very youthful and fun, characterized by driving guitars and captivating basslines. It’s a showcase of youthful talent – which is always endearing.

Single, “Louie” opens up the EP with its surf-like guitars and echoing vocals, embodying a very Mac DeMarco vibe. Second track, “Wasting Time” does a great job of setting expectations for the listener in terms of bass and guitar work. Scout is deliciously riddled with epic guitars and their driving solos, as well as melodic basslines that do everything but act as a background sound.

The surf-rock vibe carries on into “Greyhound” and into the band’s debut single, “City Boy”. “Greyhound” a very dreamy track with simple, relatable (perhaps moody) lyrics: “Going to Seattle in a Greyhound/ I missed school for this.”  Its moody vocals, melodic bass, and easygoing harmonies make sound fit for a coming-of-age film.

Penultimate track, “Blame” is a beautiful song –embodying a slightly different vibe to the rest of the EP, even showcasing some elements of jazz. The closes off with “Waves” which is drastically different to its preceding tracks. Female vocals make it very dreamy, closing the EP off on a peaceful note.

Scout is a very promising EP. It’s young, fun, and sincere. Although some of its lyrics leave much to be desired, the EP is quite an endeavour by some obviously talented band. It will be interesting to see what Calpurnia has in store for listeners in the future!