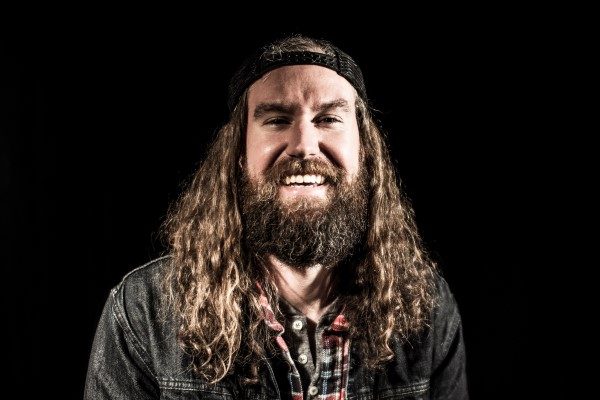 Originally from Ottawa, based in Hamilton,  indie-folk artist, Pat Maloney has been hard at work on his fourth album, Rideshare, which is a concept album. The concept being Maloney offers his never-ending tour schedule on Kijiji Rideshare boards, and welcomes strangers into his car on long-haul drives. Pat has turned these stories into songs. While gathering funds and assembling a band, Pat keeps his audience entertained by releasing singles.

Today, we are happy to unveil the video for his first single, “Only Human”. The song is a testament to Maloney’s genre-hopping nature. For this single, Pat had a budget supported by FACTOR’s Artist Development and was able to assemble a killer studio band creating a killer end product.

The video for “Only Human” was created from 70’s educational videoes, a film about quarrelling lovers, and surreal early 3D generated animations. Justin Krar is a digital video editor, musician, and performing from Toronto, ON, and he was the driving force on the making of this particular video.

Pat shares his favourite lyric from the track,

“Sip on my daily broth, eat up my daily bread.  Like an old white cloth, sopping up daily regret”.

Check out the video below, and stay up to date with Pat on his socials.