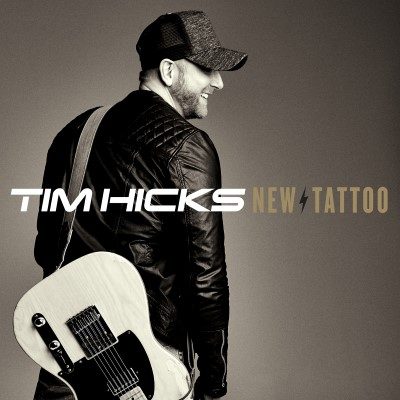 Tim Hicks has released the official music video for “LOUD.” “LOUD” is the lead single from Hicks’ fourth studio album New Tattoo. The new album will be available everywhere June 22, 2018. Right now, if you pre-order New Tattoo on iTunes you will receive the track “What A Song Should Do” instantly to hold you over until the album is released.

New Tattoo, will be Hicks’ first studio release since 2016’s Shake These Walls. The album promises to be a return “with a crowd-pleasing array of emotions and observations, from thunderous party-starters to high energy hits, hard-earned heartbreak and a duet with one of the hottest chart-topping females in Country music, Lindsay Ell.” New Tattoo was entirely co-written by Hicks showing that his talents expand beyond the borders of performing.

“I’m super-proud of my last couple of records, but I really wanted to make sure that fans and listeners could hear how much fun this album was to make. So one goal going in this time was to not get caught up in what I felt people would expect from me and just get down to making music my way – having a good time and recording great songs. This album is literally a ‘new tattoo’ and it’s going to live with me forever (like a tattoo), so it was important to be fully present in the studio and make some incredible musical memories.” Hicks explains about the new album.

“LOUD” was the number one most added song at Canadian radio (all formats), during its first week of release proving that fans can’t get enough of Hicks’ new tune. Hicks recently wrapped the western leg of Brantley Gilbert’s The Ones That Like Me Tour as a direct supporting act.

New Tattoo Track List:
New Tattoo
1975
If The Beat’s Alright
What A Song Should Do
LOUD
Gettin’ To Me
The Worst Kind (feat. Lindsay Ell)
Throw A Ball
Easy
Best I Can
Can’t Take It Away
Drunk Me