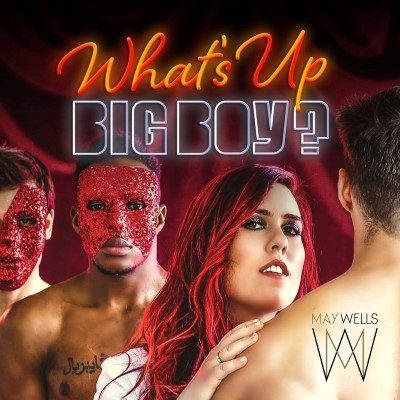 May Wells has just dropped the brand new track, “What’s Up BIG BOY?” The single was officially released on June 8, 2018, and has been gaining traction on Spotify and iTunes since its release. Wells released her self-titled EP in October 2016 and followed it up with several successful singles. Most recently Wells released the music video for her song “You Deserve More” in November 2017.

The new release from Wells is a kick-ass track. “What’s Up BIG BOY?” is smooth, polished, and sounds like a million dollar production. I love Wells response to anyone who thinks they can play her. I pity the fool that could have inspired her to write this track. Their stupidity is her anthemic musical response. If you need a new summer jam, this is the one you need to add to your playlist this year. “What’s Up BIG BOY?” can musically beat the crap out of anything Taylor Swift or Katy Perry, any day.

“What’s Up BIG BOY?” is a musical shift for Wells, showing that she is someone you do not want to mess with. She can hold her own and then go write a great song about it. The addition of this track adds to her previous releases and compliments her versatility as an artist. With the new single, I am sure we will continue to hear more from Wells as she creates more music. Check out the new single on your favourite music service platforms such as iTunes or Spotify today!