Josh Ramsay releases solo single, “We Should Be Friends” 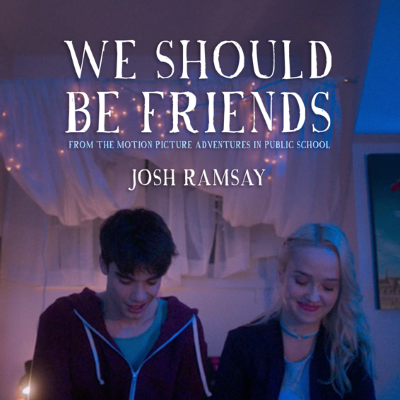 Josh Ramsay is making himself known for more than his work with Vancouver pop band  Marianas Trench. He’s been venturing into the world of producing for other artists more and more in the past years and has busied himself with making new music for Marianas Trench in the recent months. He somehow worked in time for a friend’s movie, Adventures in Public School, writing and recording a song inspired by the movie, as well as releasing it as a single and a music video. “We Should Be Friends”, a very catchy song that doesn’t quite resemble his usual work.

The video was shot in Langley, BC at a local high school and shows highlight clips of the film. The film itself was premiered at the 2017 TIFF and was selected as one of the top ten featured, as well as the recipient of the Best Comedy Feature Film award at the 2017 Edmonton International Film Festival.