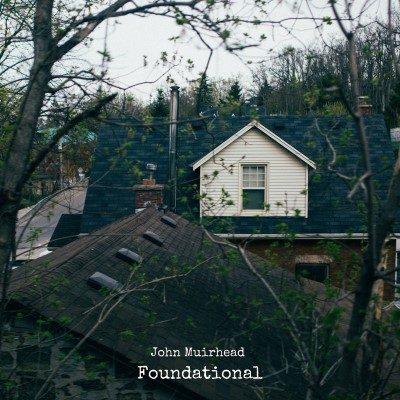 London, Ontario folk-rocker John Muirhead has released his second EP Foundational, and he’s just getting started. His 2016 debut EP Yesterday’s Smile was nominated for a Canadian Folk Music Award. Not long after in 2017, the CFMA nominated him for Young Performer of the Year.

The up-and-comer delivers a promising second release; a collection of truthful lyrics coupled with gentle acoustics. “Ambition” might break your heart, and “Doubts” will lift you back up; both songs showcase John’s growing songwriting skills. The way he weaves his stories is reminiscent of a young Ed Sheeran; the touching realness found in the most relatable of love and heartbreak stories. “Honeymoon Phase” is a beautifully delicate love story that could be plucked right out of an indie rom-com soundtrack. The EP’s lead single is “Passenger’s Side”, followed by the closer and title track “Foundational” – both lyrically echoing the lovestruck and nostalgic songwriting of young hearted bands like Plain White Tees or even the potential of a season vet like Ray LaMontagne.

John Muirhead has incredible potential as a singer-songwriter; already crafting better lyrics than some of mainstream music’s biggest names. His career will easily be one to watch as he continues to build his sound, image and fanbase.  Listen for key standout moments like this line in Foundational, “You crack a smile like you’re falling in love again” and if you aren’t impressed by this young artist, well I don’t know what to tell you.