Tara Shannon and Cody Coyote team up for “Someone Who Understands” 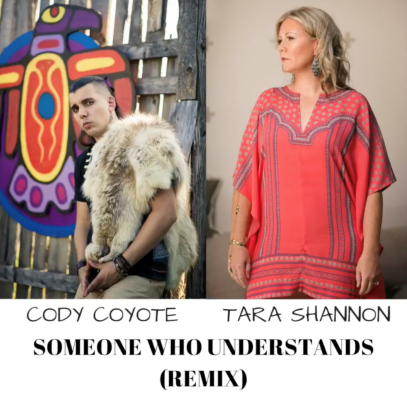 Celebrating the resiliency of the human spirit through tough time, Ottawa singer-songwriter Tara Shannon is returning to music with the single “Someone Who Understands” with rising hip-hop star, Cody Coyote.

Written by Hayley McLean, produced by Michael Steinslein and with additional lyrics by Coyote, the song provides reassurance for anyone dealing with difficult situations; all while keeping strong ties to the Ottawa music community.

“Ottawa has an incredible music scene and it has always been important to me to work with other local artists and showcase the amazing talents that can be found right here in the city,” says Tara Shannon. “I was drawn to Cody as an artist right away, he is very talented and we have similar beliefs that music can be used to empower and heal.”

“Someone Who Understands” comes after Shannon’s lengthy battle with Lyme disease, and Coyote’s efforts in promoting impactful political dialogue, and giving a wider voice to northern communities experiencing high rates of suicide among Indigenous youth.  Both Tara Shannon and Cody Coyote will be performers at the 2018 edition of RBC Ottawa Bluesfest.