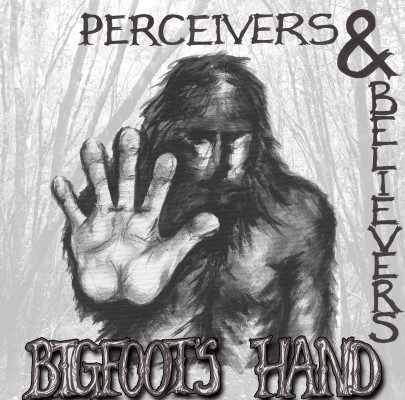 Opting for a sound reminiscent of Creedence Clearwater Revival with hints of Tom Petty and The Heart Breakers, and The Black Crowes, Perceivers & Believers opens with “Mountains & Molehills”, a groovy opener with a southern rock flair. This continues through “Said & Done” and “Breakdown” – a song that features a truly incendiary guitar solo.

“Down A Drink With The Devil” stands out as one of – if not the- best tracks on the album. The song is haunting and dark while featuring an array of guitar lines that seamlessly weave between each other. There is a strong country rock influence present in the song as well that gives the album a slight contrast from the southern Bob Segar and Allman Brothers style rock.  All in all, “Down A Drink With The Devil” takes an already impressive record and pushes it that much farther.

Perceivers & Believers is a great debut for Bigfoots Hand. The band shines across the EP’s six tracks, not only as a tight band of talented musicians but as a whole for their strong sense of songwriting. Perceivers & Believers is a record that not only fits in well with the current rock revival that is spreading across North America, but it also challenges the hard rock stance of the musical movement, providing a roots rock alternative in a manner that is the perfect debut for Bigfoots Hand.