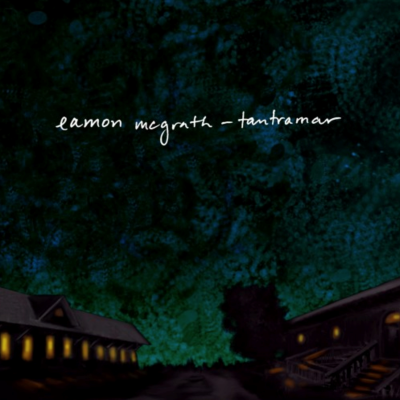 Music listening used to be a holistic experience.

There was a physical object with a long jagged groove on either side that had to be picked up and flipped over, touched and handled, dusted and stored vertically, then manipulated by an ultra-fine needle.  Music fans, casual and serious alike, spent time sitting around and listening to entire albums.

True, there were the singles with one song each that were played over and over, carelessly laid on a stack of other singles next to a small 45 rpm record player.  Those singles, though, had to be set somewhere, had to be looked through, browsing fingers finding forgotten favourites or discovering new adventurous sounds.

The current digital age, with its new tonal clarity and convenience, brought music everywhere to everyone.  Now entire libraries are carried from home to car to work to gym to home to bed coyly bulging from a side pocket or diminutively placed in a purse.

Where am I going with all this?

There is a large portion of music listeners who no longer sit and listen to an album experiencing the song order, ambience, production, and over-all aesthetic the artist(s), engineer(s), and producer(s) are creating.

Searching for an album to start a holistic listening experience for the uninitiated?  Here’s a great place to start!

The album also signals the triumphant, yet politely quiet, return of Canada’s coolest label Saved By Vinyl.  As founder, and vinyl junkie, Dawn Loucks describes it, “Through a series of seemingly random, yet fortuitous events, Eamon’s and my paths crossed. The man isn’t yet 30, has toured Europe 20 times, has written over 300 songs, published a book, and can’t get a record deal in Canada. As he said – “I know the label is done, but could I send you some demos??” Saved by Vinyl returns.”

What a return it is.

Tantramar opens with the tracks “Chlorine” and “Power” which are frontrunners for tracks David Bowie should have included during his Scary Monsters era.

“Power” is Eamon McGrath referencing Bowie’s mid-tempo pulse and dual, yet diverse, vocal tracks mixed swirling around a clear lead vocal line.   A flat unstained bass sound, and clear guitar shots on two and four, add a gritty tonal and prodding rhythmic punch.  The saxophone solo and ambient sounds are a powerful opening, creating an intensely dramatic, outside tone for the remainder of the tune.

(A personal pet-peeve of this reviewer is the David Bowie alto saxophone sound; the over-all thin tone, super clean and flat in the upper-register, then doubled, as though making up for the lack of recorded sound quality.  How refreshing to hear a contemporary influenced natural alto sax sound on “Power”.)

A soundscape EP could be created using the ambient sounds hole-laden riffs of Tantramar, sampled and remixed, interpreted and manipulated, played back upon themselves ad improvised over.

“This Town Dies When the Festival Dies” is Art Bergman playing in the Velvet Underground with Leonard Cohen and the members of God Speed You Black Emperor opening for the Talking Heads playing after Johnny Thunder and the Heartbreakers in CBGBs during a power outage.    Part ambient, part heartfelt, part tragic, “This Town Dies When the Festival Dies” makes listeners want to take a road trip to the nearest small town, fill up with gas, buy a piece of homemade apple pie and coffee, and leave a generous tip.

Why has Bruce Springsteen not covered, or bought the rights to, “Just Kids” yet?  Eamon McGrath, get your agent or Saved By Vinyl to get this track into the Bosses’ hands so he can cover it for a commercial and you can live off the royalties.

The power of Tantramar is its use of space, ambient instruments, and long musical lines.  When the songs hit a point where the guitar should kick in halfway into the verse, to lock in the pulse creating a toe-tapping, head nodding, heartfelt rock experience, McGrath leans into an atmospheric response creating an open, sonically entrancing experience, the hook of rhythm replaced with a swirling vortex of uncommitted, yet undeniably present, sound, the sonic dark matter holding the mysteries of the music together.

“Wild Dogs” is an absinthe-fueled dancehall trance-hop fever dream which Josh Brolin needs to narrate for an upcoming Cohen Brothers film.  “Never Enough” is a stripper anthem in a one-horse town Texas art gallery, and “The World is a Cold Dark Place” is oddly encouraging in a slow southern Social Distortion vs. the Weakerthans styled anthem.

The closing track “Your Famous Ex-Lover” has a solo piano John Cale dramatic delivery with a Leonard Cohen swagger and a tinge of Johnny Cash pathos; Vangelis as an acoustic outlaw cowboy playing the lobby of the Ritz-Carlton during a soundscape festival.  “Your Famous Ex-Lover” is immensely emotional, sonically sparse, yet catchy as hell.

Smart, well-constructed, diversely written alt. rock for fans with sophisticated tonal palettes.  Welcome to one of 2018’s best albums and your new favourite front to back, not leaving the house, sitting down and shutting up, listening experience.