IN PHOTOS – Aurora Illumination Series with Death From Above & Teenanger 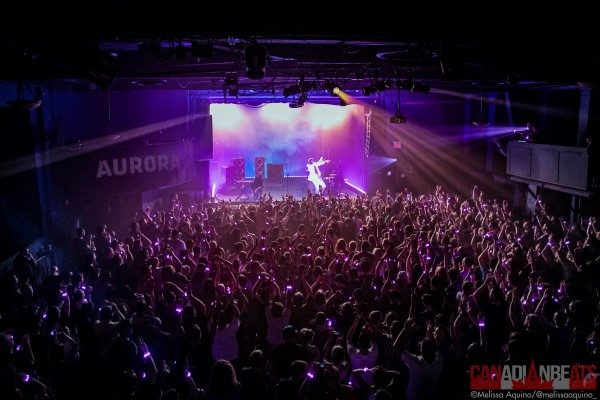 Aurora Illumination Series is definitely an experience you don’t want to miss. The Phoenix was packed this Thursday — and what a hot and sweaty night it was! Casper Skulls & Teenanger opened up for Death From Above. Unfortunately, we missed Casper Skulls, but we’re sure it was an amazing performance!

This show was FREE! Guests had to enter for a chance to win tickets. Upon entering there was a booth set up to have a 5-second video taken with an Aurora Borealis effect. And you could also have your Aura photographed! These photos were shown on a large screen to the side of the stage throughout the night.

Everyone was given wristbands that lit up in sync with the stage lights — pretty awesome.

DFA was joined by a special guest drummer — Eliza from Toronto band, The Beaches — during their performance of “Romantic Rights”.

Aurora Cannabis is a community-minded, Canadian owned and operated company. “Music + Culture + Cannabis”. Looking forward to the next event put on by #AuroraIllumination

Special thanks to Nikki Dindo for inviting Canadian Beats to be apart of this illuminating experience! 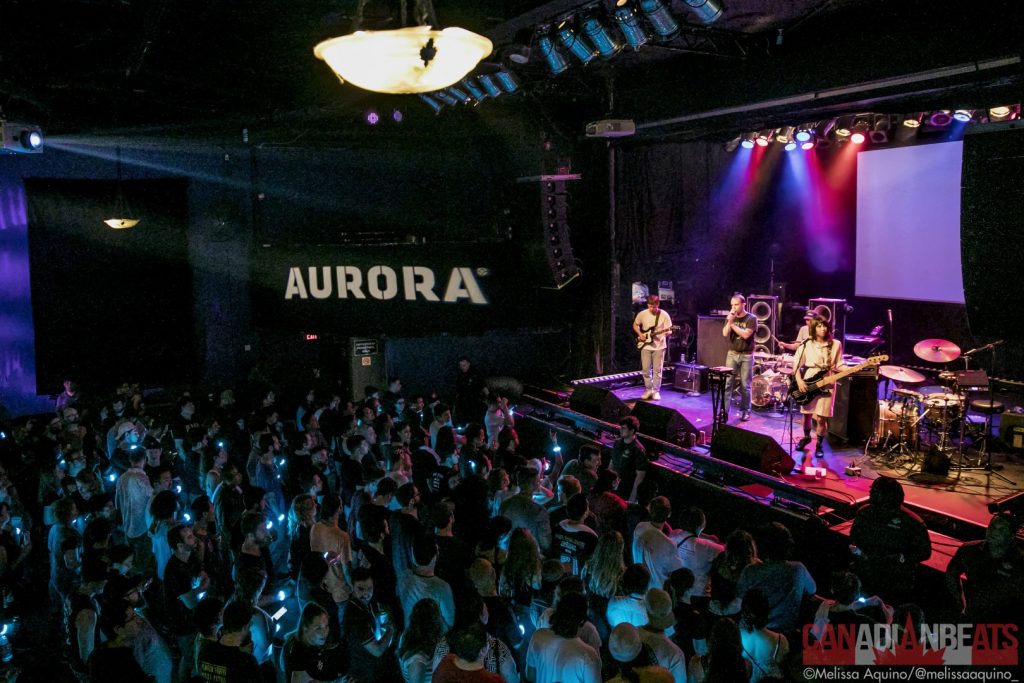 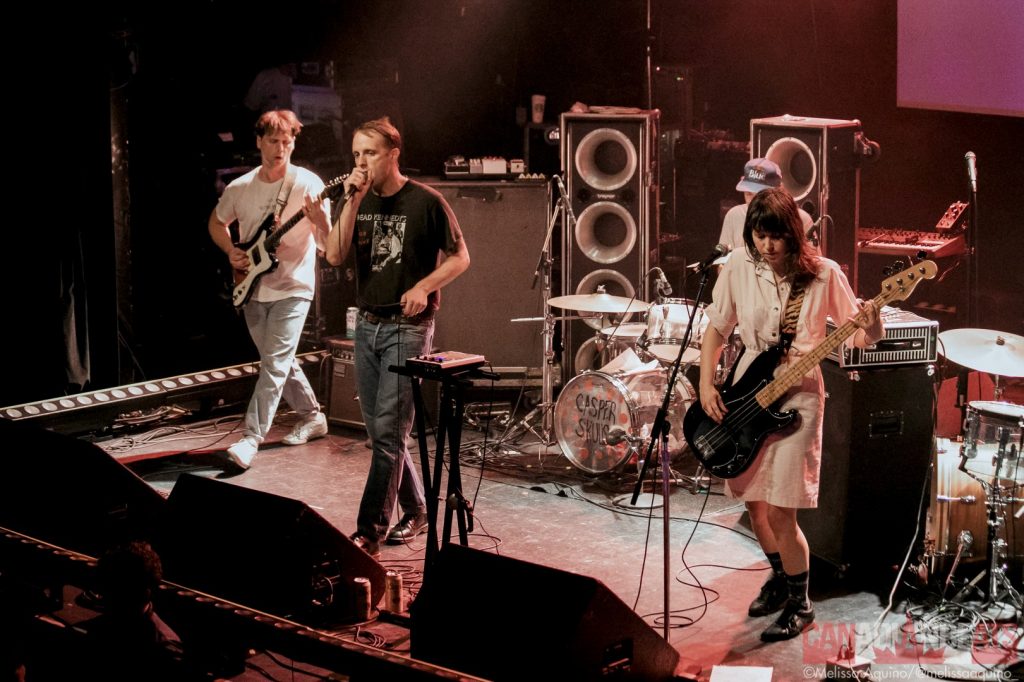 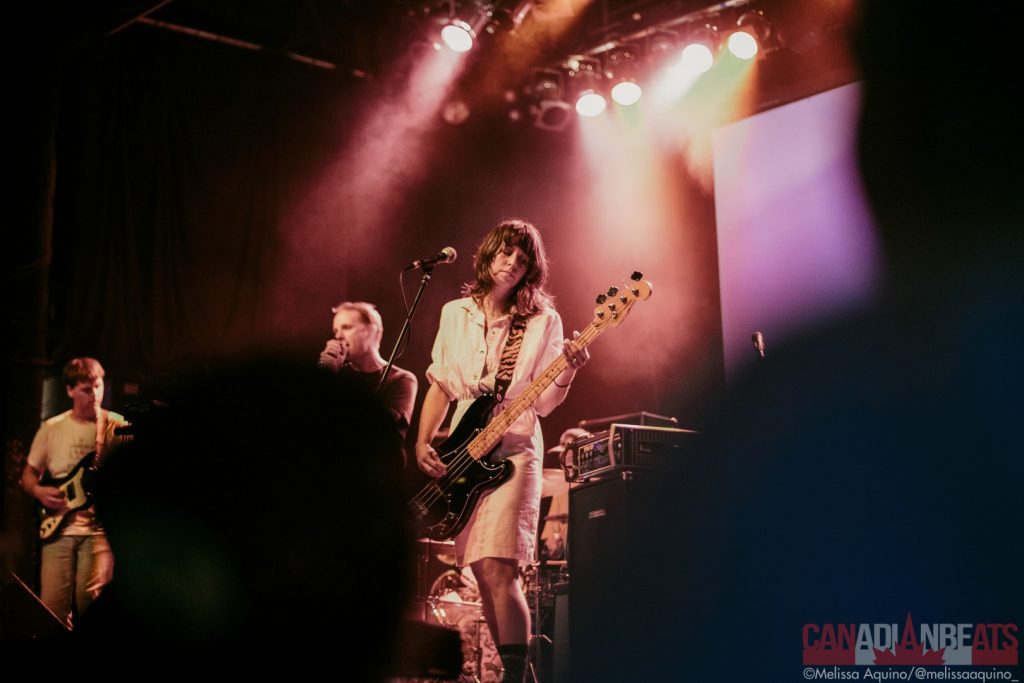 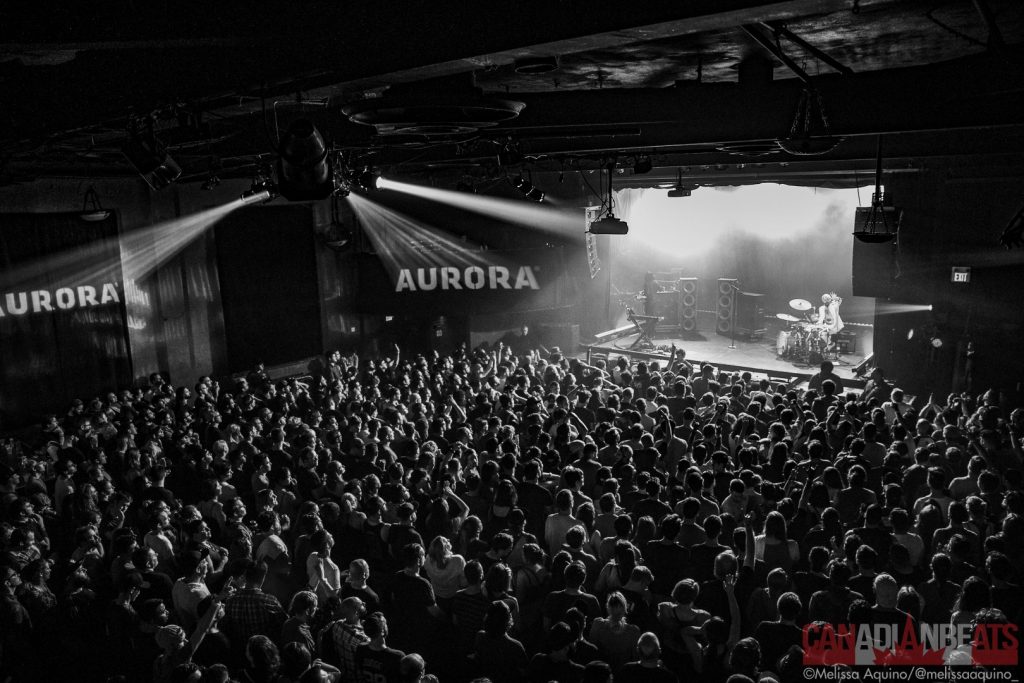 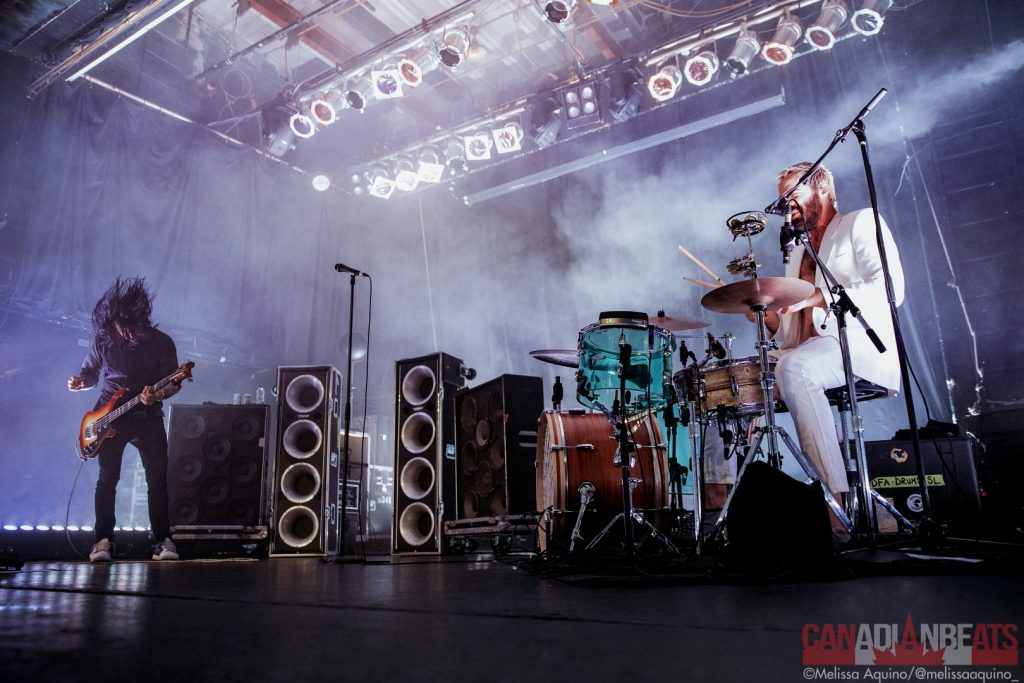 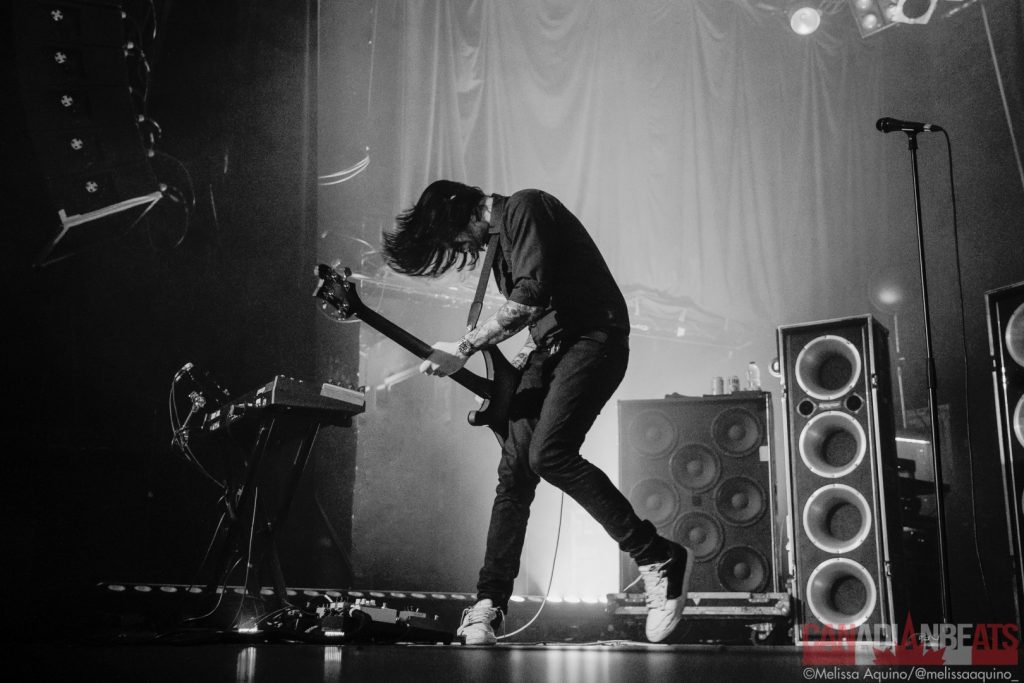 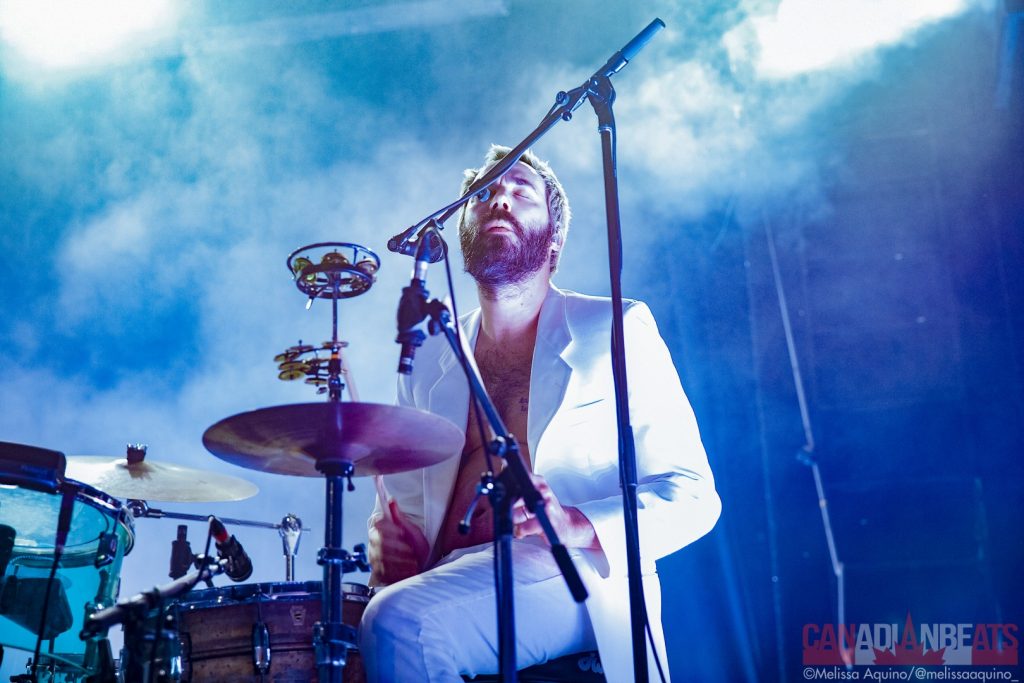 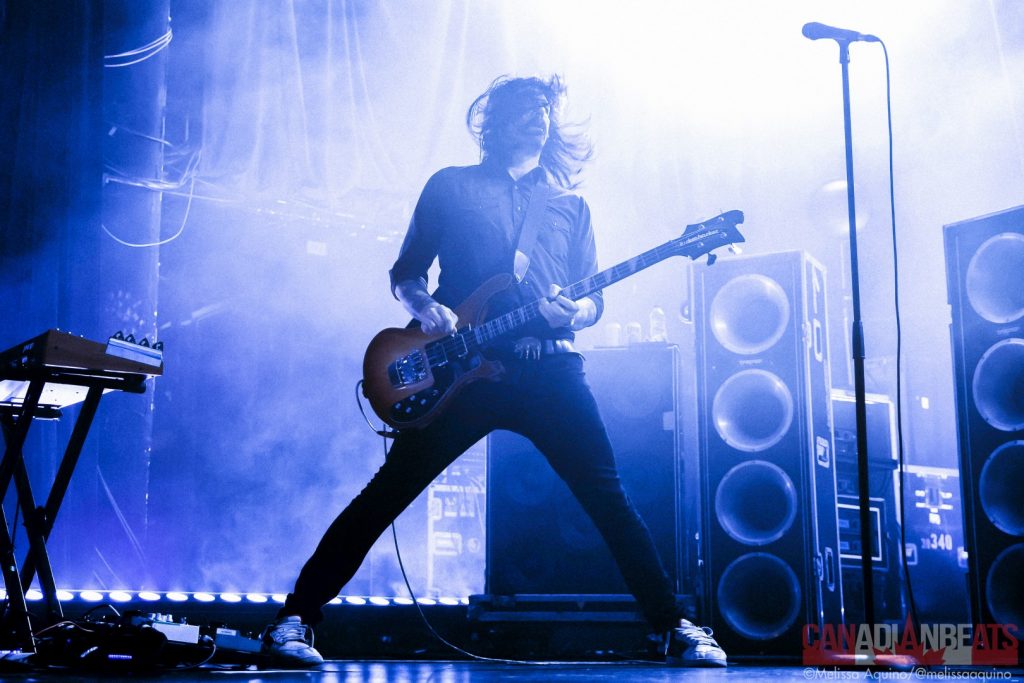 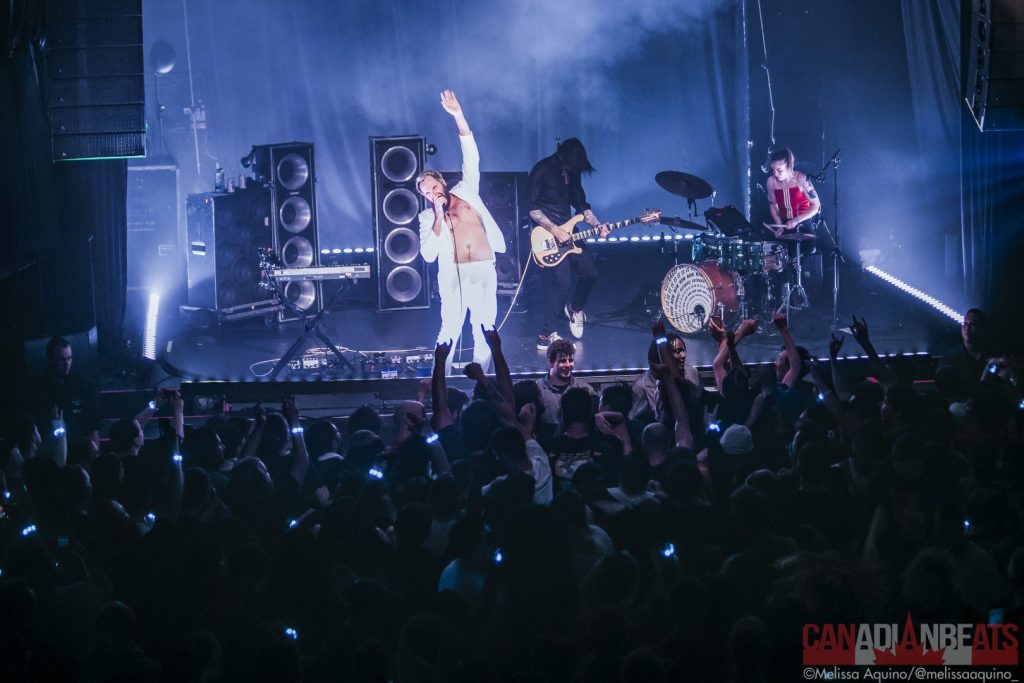 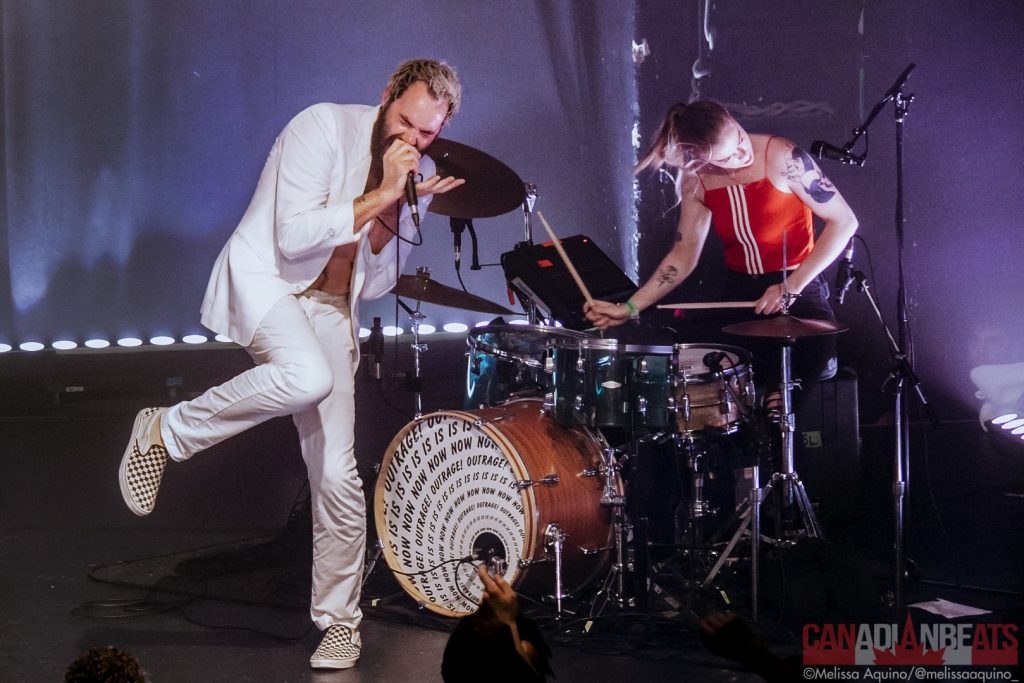 www.melissaaquinophoto.com/
Share this:
Related ItemsAurora IlluminationAurora Illumination SeriesCasper SkullsDeath From AbovefeaturedTeenangerThe Phoenix Concert TheatreToronto ON
← Previous Story IN PHOTOS – POSTDATA & Quiet Parade in Halifax, NS
Next Story → IN PHOTOS – The Planet Smashers and The Penske File in Elora, ON