Home / Promos / Get The Shot release video for “Faith Reaper”

Get The Shot release video for “Faith Reaper” 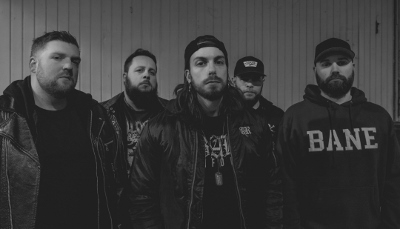 Quebec City-based hardcore band, Get The Shot have just dropped the new video for their song, “Faith Reaper”, from their sophomore album, Infinite Punishment (New Damage Records), which was directed by Daniel X Vandal.

“Friedrich Nietzsche once said that a small revenge is more human than no revenge at all. In that sense, Faith Reaper is a retaliation song, as it is deeply rooted in resentment and hatred toward the people who present themselves as standard bearers for virtue when they are in fact only serving their profound self-centered interests.

For the video, we wanted to show the drive, the vitality and the power of the Quebec City’s hardcore scene. We wanted it to be a perfect representation of what’s happening at our shows. We’re proud of what is going on in the underground scene in our town and it was a good opportunity to show the world that hardcore and metal music are alive and well in the cold north.”, says vocalist J-P Legacé about the track and video.  You can check it out below!

In support of their latest album, which was released last summer, the band will be touring Europe this summer.  Canadian fans can check them out at their Heavy Montreal performance though, on July 29th at Parc Jean-Drapeau.