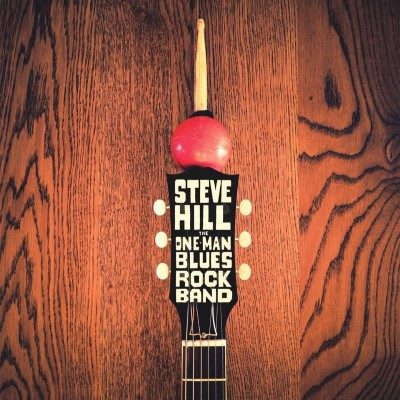 Montreal rocker Steve Hill debuted his first live album, One-Man Blues Rock Band on May 11; recorded in La Chapelle, Quebec back in 2017. With a career spanning 25 years, his resume is overflowing with achievements the Juno for Best Blues Album in 2015 for Solo Recordings Volume 2 and eight Maple Blues Awards. He’s shared the stage with some of the greats including but not limited to Ray Charles, B.B. King, and ZZ Top.

The 14-track compilation is packed with heavy guitar riffs, raw and rugged vocals, and a fist full of energy. Each original song delivers- whether it’s the vocals in “Go On” or the almost Ray Charles-esque “Damned”. Effortless swagger flow through heavy hitters like “Hate To See You Go” and the sultry story of “Nothing New”. Steve’s obvious showmanship and lyrical craftsmanship are on full display. Even though you’re only listening, you can envision the live show in all its rock n’ roll glory. But don’t think he can’t write a killer blues-ballad, “Out of Phase” proves that those are also in his wheelhouse.

You could close your eyes, put on this record and transport yourself to the golden age of rock and blues.  Effortlessly mixing blues, rock and country into a solid and cohesive album- Steve Hill does not disappoint. Equal parts sultry, cool, and electric, The One-Man Blues Rock Band is an all-around killer collection. In a press release, Steve said he’s been waiting 20 years to release a live album. My question is: what took him so long?