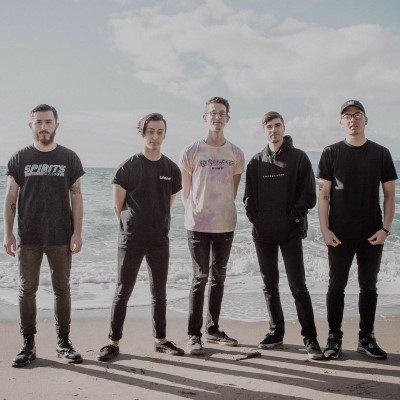 Vancouver, BC-based pop-punk band Chief State embarked on a UK tour will fellow Canadians, Calling All Captains last year, and while there they decided to film a tour documentary. Today, here at Canadian Beats we are happy to unveil this documentary to all of the fans.

Chief State shares on the experience,

“Touring is something we’ve always dreamed of. Playing shows in a new place every night, seeing the world with some of your best friends, and doing what you love to do. As it happened, we found we were really ambitious and decided to book one ourselves. At a certain point you need to make things happen for yourself by putting the work in and getting it done. I feel like the outcome of all that effort is extremely rewarding when it all lines up too. When it all comes together and you’re actually on the tour, your months of phone calls, unanswered emails and Facebook messages really seem worth it! It was a cool time out there for sure!”

Tourmates Calling All Captains shed some light on getting your music out there,

“One of the biggest and hardest parts of being in a band is getting your music out to the world. As Calling All Captains, we’ve put in all of our effort to making sure people have heard of our music. Through the help of our brothers in Chief State, we managed to take it to the next level and tour the UK. We always have been, and always will be, a band putting in a maximum amount of effort to make our dreams come true. The memories we’ve made because of the fans, our friends and families, are worth the sleepless nights and endless drives. Thank you to everyone who has come out, put us up and helped us out in any way possible!”

The documentary was filmed and edited by their tour photographer, Isha Shah, who had this to say,

“As a touring photographer, it’s always something special to document and capture a tour. Each one is super special and unique to the people on it but also in the way it’s being captured. Being on the road with CAC and CS has been an absolute dream! After meeting them a year before in Canada, I never would have thought they’d be in my homeland. So when they announced they’d be over here I was super proud/happy for them but also excited to document this very special chapter in their lives. Touring the UK as a British citizen isn’t really fun but touring with two of the most hardest-working bands, who have spent countless time, money and energy into it, made it all the greatest. The moments captured will be treasured forever and it couldn’t have been with anyone better!”

Want more from Chief State? You’re in luck, the band has released their new EP, Nothing More Than This via Chicago-based indie Mutant League Records.

Take a few moments and watch the documentary, and find out more about Chief State in our Five Questions With segment below.

We’re a band called Chief State from Vancouver, BC

We’d currently define our music as Pop Punk, with a few other elements of hardcore, pop and alternative mixed in.

We do! We have a couple shows in Vancouver later this summer that are TBA, and a pretty cool tour in September that’ll be announced in the weeks to come. Our live performance is just a lot of fun. We like to get people moving, enjoying the music and living in the moment. If we have the whole room moving and having a good time, we’ve done our job.

“Crooked Pictures” – probably our most approachable song, but if you’re into faster pop punk, check out Spine or Broken Eyes.