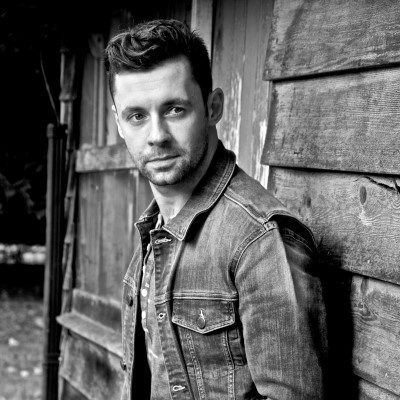 On May 17, voting opened for SiriusXM’s Top of the Country music competition. There are nine amazing semi-finalists vying to be Canada’s next big star and win the grand prize of $25,000. Here at Canadian Beats, we wanted to introduce you to the finalists, show you their studio session video, and then we urge you go vote for your favourite in each market, once per day!

So far, we’ve spoken with Chris Ryan, Jason Benoit, The Redhill Valleys, Andrew Hyatt, and Kristin Carter. We’re keeping the fun going today. We had a chat with Vancouver, BC’s Shawn Austin. Check out his video below for “Get Me There” and find out more about this talented artist. Go vote for Shawn HERE. Remember, you can vote once per day for each market until June 6!

You are in the semi-finals for SiriusXM’s Top of the Country music competition, how does it feel to be vying for the top spot?

It’s a fantastic opportunity and I’m hugely thankful to be a part of it.  I’m a pretty competitive person but have lots of friends in it who also made it to the Final 9 so it’s nice to be able to be a competitor and a fan.

The competition features some incredible Canadian talent, what was your first thought when you found out you were one of the nine semi-finalists?

It’s just nice to be recognized among such great talent. As I mentioned, many of the other finalists are also friends and people I’ve been rooting for over the years so it’s nice to be included in the mix. Also great to see some other talented acts that I haven’t had the chance to come across before.

The winner will win the grand prize of $25,000, what would your first plan be for the winnings?

Haha, I haven’t really had a chance to think about it quite yet. I generally strategize competitions on a round by round basis so I’m careful not to get too ahead of myself. If I’m lucky enough to get to the next round I may start to daydream about what I could do with the winnings.

What are you currently up to in your career? Do you have any new releases or tours on the rise?

We are actively working on an EP right now and hoping to release it late this summer. Also, we’re gearing up for a number of festivals and shows across Canada over the next several months.

If you were to speak with a newcomer, what advice would you give them about making it in the music industry?

Persistence, hard work and a strong trustworthy team around you are the absolute keys to having a shot at success in this industry. I’m still a newcomer myself right now but you realize quickly that the demands of the opportunity can start to increase rapidly. Keeping the mindset of putting your head down and working hard but strategically in all aspects of the career will eventually produce results but patience is required. Keep failing until you don’t and stay the course!

Last but not least, is there anything you’d like to say to your fans who are voting for you daily?

Simply a huge THANK YOU! It seems cliché but it’s very true that without fan support, no artist can have a career. Every vote makes a difference and I’ll keep doing my best to return the favour to all of them for as long as I can.