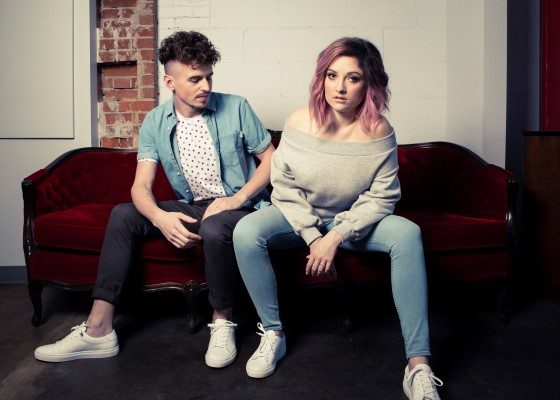 Alberta-based pop duo Jenesia (formerly known as Soap Box Duo) have released a video for their newest single, “Mexico”, which is the lead single off of their forthcoming debut album, Catch 22 due out on June 22, 2018.

“Mexico”, which had its worldwide premiere via The Strombo Show on CBC Music, is now available to purchase via iTunes and stream on all digital platforms HERE.

Lead vocalist, Jenesa Dawn shares on the single which was inspired by an impromptu trip to Mexico and lyrically explores the passion between a married couple.

“A lot of current upbeat songs we know are more about singles hooking up,” remarks Jenesa. “There are tons of jokes in North American comedy about how marriage is a kill-joy. Some comics joke that all sex dies after people tie the knot. We wanted to show that passion absolutely exists for us and sometimes getting away from everything can make it even better!!”

The video was directed by Justin Brunelle of Moving Artistry Productions and filmed in Cabo San Lucas, featuring breathtaking drone imagery, gorgeous landscapes and captivating choreography that will definitely make you want to jump up and dance, wherever you are.