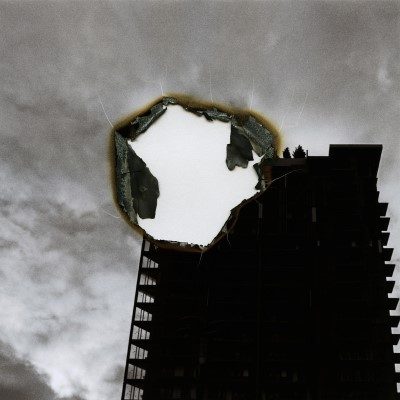 Vancouver’s Jo Passed have released their debut full-length album, Their Prime through Royal Mountain Records. The stoner rock outfit jams, riffs, and traverses across an experimental landscape constantly in flux over the course of its twelve songs to deliver a strong debut.

Opening with the ambient tones of “Left”, the album comes to a slow start highlighted by soft guitars, muted drums, breathy vocals, and accenting strings that feel like they were pulled from 1960’s feature film. “Left” perfectly sets the tone for Their Prime with a vibe that feels similar to Cage The Elephant drifting down a river while casually dropping acid. The biggest challenge of recording anything is capturing a sense of energy or perpetuating a particular vibe, yet Jo Passed do this with ease as the album continues forward.

While there is a strong indie rock influence that likens Jo Passed to modern rock groups, there is an alternative quality that feels reminiscent to grunge bands like Nirvana. This is especially heard on the droning and weaving lead lines of “MDM” and “Millennial Trash Blues” – one of the coolest songs on the record  that also shares an offbeat shuffle from Queens Of The Stone Age – while “R.I.P.” feels as if it could have been pulled from the Arctic Monkeys songbook.

Their Prime is not only a strong first attempt at a full-length record, it is also among the most creative and successfully experimental collection of songs I have heard from a new band in quite some time. Few artists could go from the fuzzy acid rock of “Glass” to the sheer melancholic scarcity of “Places Please”. If Their Prime is any indication, Jo Passed could very well be on their way to changing the course of indie rock for years to come.