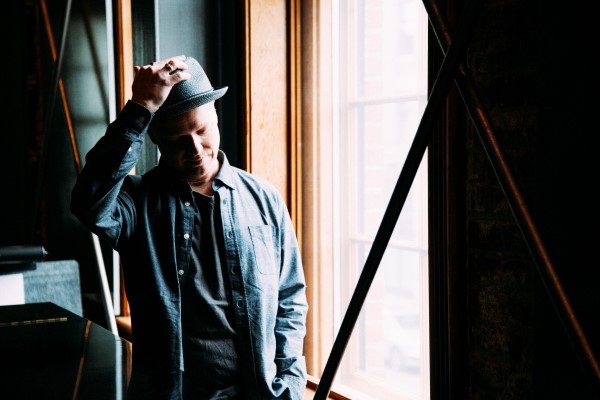 Steve will be releasing his new album, Lucky Hand on June 15, 2018, via Black Hen Music. Today, we are happy to unveil a video for his single, “Hollow Tree Gap”. Check it out below and find out more about this talented Canadian artist, guitarist, producer, songwriter via our Five Questions With segment.

I’m a guitarist and producer from Vancouver, currently living and working in Nashville. I tour on my own doing solo shows, or sometimes with a band. I also tour as a sideman with lots of other artists, mostly in the Roots/Americana vein. I play all kinds of stringed instruments, but primarily guitar, slide guitar, dobro, pedal steel and that sort of thing. In the studio I tend to work with real musicians, in a real room, playing real music together, as opposed to that other way of working. In my spare time, I produce a podcast about musicians called “Music Makers and Soul Shakers”. That’s about it – between those things, that’s what I do.

I write and record in lots of different styles. I’ve made 8 albums as a solo artist. Some of them are full band affairs with songs I write, some have some blues in them. Sometimes I write Hawaiian music, and sometimes I write abstract soundscapes. It really depends. I try and follow whatever path seems like the one to go down at the time. My newest album, “Lucky Hand”, is all instrumental acoustic guitar music, most of it with a really adventurous string quartet that was arranged by my old friend Jesse Zubot. Most of what I do features a guitar in some way.

I’m playing a lot this summer with a band called Birds of Chicago. They’re a great band you should check out if you don’t know them. With my band, I’ll be at the Salmon Arm Roots and Blues Festival, and I’ll also be at the Vancouver Jazz Festival. That show is special because it’s the only one I’m doing with the full string quartet from the last album.

I guess have a listen to “The Circuit Rider of Pigeon Forge” off the new album if you want to see what I’ve been up to lately.

I’ve always been a big Bruce Cockburn fan. I like what Frazey Ford has been up to lately as well. I like Kacy and Clayton a lot too – their new album is pretty great. I worked with the Deep Dark Woods years ago and they’ve continued to make great records as well. I don’t think it’s cool to promote records you were involved in, but a couple of the people I’ve worked with lately are pretty great and worth hearing – Jim Byrnes is one of the greatest blues and soul singers in this country and Matt Patershuk is one of the best songwriters around these days. Glad to have worked with them! Lots of great music from Canada, that’s for sure.