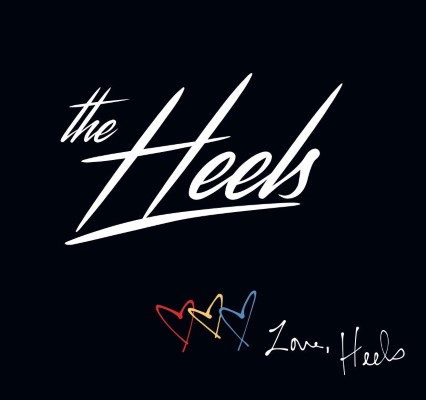 Country trio The Heels are hot on the heels of their latest album, Love, Heels. Bobbi Smith, Brittni Dominelli, and Kyla Rawlins came together in 2015 after each pursuing solo endeavours. Each woman earned significant success before deciding to start making music as a group. They’ve made their way onto Canadian country radio and earned a BCCMA (British Columbia Country Music Association) award in 2016. Their next big performance will take place in August at the Sunfest Country Music Festival in Cowichan Valley, British Columbia.

Kicking things off with a bang is the loud and proud “We Can Country” which hits you with their powerful vocals instantly. The energy continues on “Ex Rated” – a sultry breakup anthem with hints of inspiration from female powerhouses like Carrie Underwood and Kimberly Perry from The Band Perry. “Come Around” feels like a sweet summer jam, something you’d easily want to add to your road trip playlist. “Hold Your Horses” packs another punch in what seems like a never-ending bag of solid country hits. On a very relatable level comes the appropriately titled “Growing Pains”; a tale about the coming of age trials and tribulations faced by most, with an overall message of hope and good things to come.

If you haven’t already heard it in the other tracks, “He’s Not Where I’m Going” will really drive home the independent woman-theme that The Heels are going to be known for as their star continues to grow. Slowing things down and turning up the romance is the country-pop sweetener “Bet You A Beer”- followed by the equally catchy mid-tempo “Ok On Empty”. Freedom and fearlessness seep out of “Fine By Me”. The final note is a sultry, harmonic gem in the form of the anthemic “Country Girls”.

The Heels have a lot of things going for them that add up to successful country artists; their harmonies are crisp, their songwriting encompasses a lot of the troupes in current mainstream country radio whilst bringing something special to the table that other groups can’t mimic. It’s not hard to hear their influences in their songs; artists like The Dixie Chicks, Carrie Underwood, and Martina McBride (among others) flow through their melodies but only to compliment what are really fun and enticing songs. I’ll continue to vote for great female country artists, and The Heels have made that list.