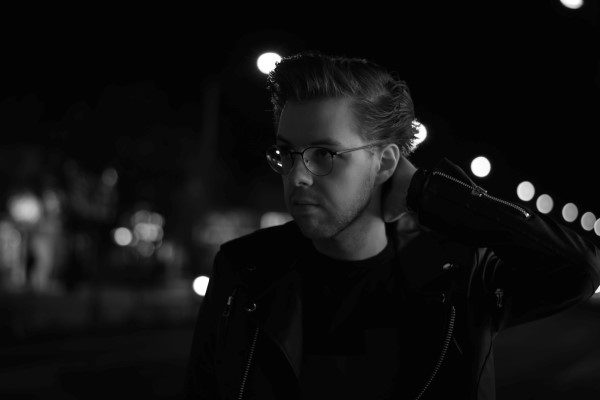 Canadian indie/alternative rock artist, Havens teamed up with Tim Oxford of the Arkells on his newest single, “Peace In Darkness”. Today, we are happy to unveil the single to all of our lovely readers.

We asked Havens about the single, he replied,

“’Peace In Darkness’ is an ode to those amazing summer nights when you’re out in the city with someone you’re crazy about. As much as you can get caught up in a moment like that, there’s always the knowledge in the back of your mind that beautiful moments come and go fast. You’re often left with just a bittersweet memory and a sometimes unhealthy sense of longing.”

Check it out below, and find out more about Havens in our Five Questions With segment.

My name is Andrew Beg, aka Havens, and I am a singer, songwriter, and guitarist.

I’m very much influenced by alternative artists from the ’80s and ’90s like The Railway Children, Wire Train, The Smiths, The Cure, and Ride, among others. My goal is to bring some of those sounds back, but in a way that is not overly nostalgic or derivative and instead infused with some modern elements to create something truly unique. Lyrically, my goal is to tell honest stories of life, love, and the world; based on both my own experiences and that of those around me.

I have two upcoming shows in Toronto – one on June 16th at Radical Road Show with a still-to-be-announced iconic Canadian band headlining and one on July 7th at Sneaky Dees. When playing live, I try to balance energy and soul as best I can. I want people to dance, but I also want them to feel a deeper emotion from the songs. I’m not fussed about having a super slick and polished set. I think there is a certain charm in rock and roll when it’s a little raw and feels like it could come off the rails at any moment. That element of danger is missing from a lot of modern rock shows, which can sometimes feel a little formulaic and too perfect.

Definitely the new single, “Peace In Darkness”. I worked on it with producer Ian Madden and also features Arkells drummer, Tim Oxford. It’s a song about those summer nights when you’re out on the town with someone you’re crazy about. You don’t want the night to end, but in your heart, you know that the beautiful moments in life can never last forever. The lyrics describe this bittersweet emotion and are set against a synth and guitar-laden dance rhythm, punctuated by Tim’s authoritative drumming, making what we feel is a perfect song for dancing away those hot summer nights.

Every album Arkells put out is solid, and they have one of the best live shows I have ever seen which seems to get better with every tour. Alvvays is another band I was fortunate to fall in love with before they really blew up. I adore the lyrics, melodies and overall beautiful dreamy soundscape. They have a unique ability to create complex emotions in their music, where you find yourself smiling on the outside but feeling a certain level of sadness on the inside. Arcade Fire was one of my very first favourite bands as a kid, and I also really dig Mac Demarco.