Home / Promos / Jonas Tomalty releases new single “All In For You”

Jonas Tomalty releases new single “All In For You” 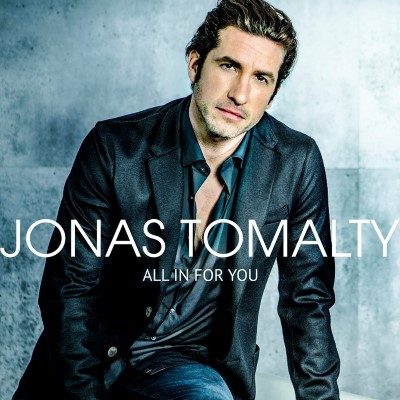 Montréal born rocker, Jonas Tomalty has had a great career both as a solo artist and as the frontman of the band Jonas & The Massive Attraction. Tomalty launched his solo career with the release of his debut album Jonas back in 2004 which he later followed up with the 2006 release Suite Life. In 2010 the album Big Slice was released as Jonas & The Massive Attraction, which was a newly formed band created with fellow musicians; Corey Diabo (guitarist), J.S. Baciu (Bass), and Francis Fugere (drums). With great success as a member of the band, Tomalty has recently relaunched himself as a solo artist to expand his musical horizon.

The brand new single “All In For You” was released on all major music platforms on May 18, 2018, through Big Slice Records. The new music is a product of Tomalty’s recent travel adventures which have seen him writing in places such as New Orleans, Los Angeles, Toronto, and even Nashville with American songwriter’s such as Marti Frederiksen (Aerosmith, Carrie Underwood) and Anders Osborne (Tim McGraw), and even some fellow Canadians including; Serena Ryder, Gavin Brown, and Simon Wilcox. The new songwriting allowed Tomalty to tap back into a passion for genre-busting storytelling that dates to his childhood.

“Over the years, I’ve been writing songs that I haven’t been able to work into Jonas & the Massive Attraction sets. And I think people could see this eclectic batch of songs starting to emerge. I want to pursue these other directions. That way, Jonas & the Massive Attraction can continue to be a bluesy, thunderous rock project while the Jonas Tomalty project explores my curiosity with old-school singer/songwriter ideas within a modern structure. It really is a win all around. And I couldn’t be more excited.” Tomalty explains about his new solo venture.

“All In For You” is described as “a snapshot of the Montreal-based Tomalty’s current worldview.” Released both in English and French the single is going to be a great addition to your playlist. “All In For You” has a great vibe and is paired with Tomalty’s stellar vocals. The track was co-written and produced with musical heavyweight Fred St-Gelais (Simple Plan, Marie-Mai, Annie Villeneuve, and David Usher). “All In For You” is sophisticated and is on its way to becoming a great summer season hit in both languages.

Tomalty will still continue to record, tour, and perform with Jonas & The Massive Attraction. You can find the new single on your favourite digital music platforms now.