Countdown to 77 Montreal – Interview with Seaway 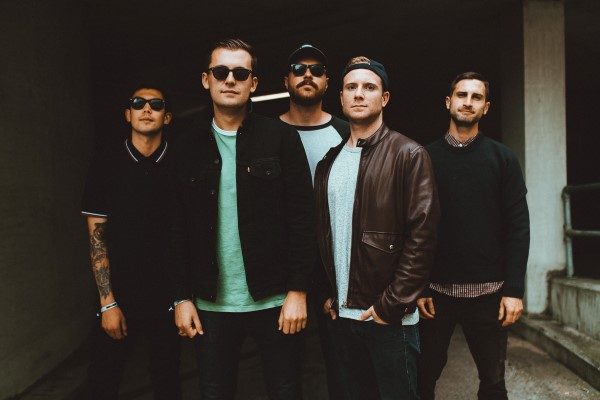 We’re excited to take some time to chat with some of the talented performers at this year’s instalment of 77 Montreal! The one-day festival takes place in Montreal on July 27, 2018, at Parc Jean-Drapeau. Get your tickets HERE. Today, we are starting things off with Oakville, ON’s own Seaway!

Hello, we are Seaway, a rock band from Oakville, Ontario and we are thrilled to be a part of this year’s 77 Fest!

77 Montreal is a full day celebrating alternative music. How does it feel to be a part of the amazing lineup?

It’s very cool to be a part of a lineup that has so many bands we grew up listening to. We are definitely one of the “poppier” acts on the lineup, but it’s cool to see so many different kinds of bands that all still fall under the “punk rock” umbrella. Some highlights will definitely be AFI, Me First and the Gimme Gimmes, Suicidal Tendencies, Sick Of It All.

Have you taken part in 77 Montreal before? If so, what was the highlight of your previous involvement?

We haven’t had the chance to play 77 Montreal yet, but I would imagine you can’t go wrong with a sick festival in a beautiful city, right!?!

The line-up for the 2018 instalment is incredible, is there one specific performer that you’re most excited to check out?

I am looking forward to seeing AFI play. I’ve been a fan for a very long time and haven’t had the chance to see them live yet. I’m hoping they play some throwbacks on this one!

We are also playing Festivoix in Trois Rivieres with Bad Religion, Slam Fest in Calgary with Lagwagon, and a few others that have yet to be announced. Definitely going to be a summer of sick punk gigs!

If you were able to put together your own festival, what would you call it, and which five artists/ bands would you want to play?

I don’t know what I would call it because this lineup makes no sense, and some of these bands aren’t around anymore, but the dream lineup off the top of my head would be…

Explain your performance in less than 10 words…and go!

We are doing a Canadian headline tour this July/August with Living With Lions, Like Pacific and Bearings, as well as European and US dates to close out the year (lineup and dates to be announced). Stay up to date at www.seawayband.com, or @seawayband on Twitter/IG. CHEERS