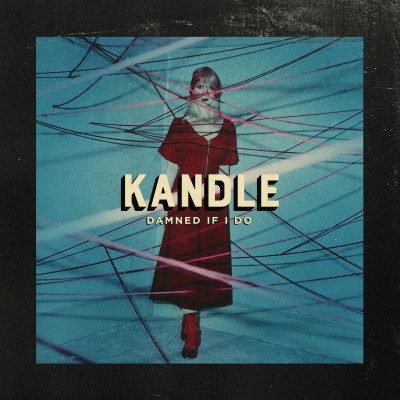 Montreal-based powerhouse Kandle is taking no prisoners with her newest 4-track EP, Damned If I Do. A no-holds-barred display of lyrical complexity, blazing vocals, and irresistible beats reminiscent of Delta Rae and Amy Winehouse, Damned If I Do is an atmospheric joyride you won’t soon forget.

The captivating single from the EP, “Bender”, is self-described as not “a song about going on a bender in the traditional sense of a weekend with too much alcohol and drugs. It’s about a forced bender—it’s about a forced reliance on a cocktail of pharmaceuticals and their accumulating effects on the body and psyche… It’s about drawing on alchemy and sheer willpower to transform my suffering into a musical weapon that momentarily defeats my adversary: pain.” The fantastically moody official video, which is linked below, and its grudging downbeats are nothing short of completely bewitching.

Despite its short length, Damned If I Do has a dizzying carnival vibe that will make even seasoned listeners cave in to it, and promises to be an EP that you’ll come back to again and again and again.