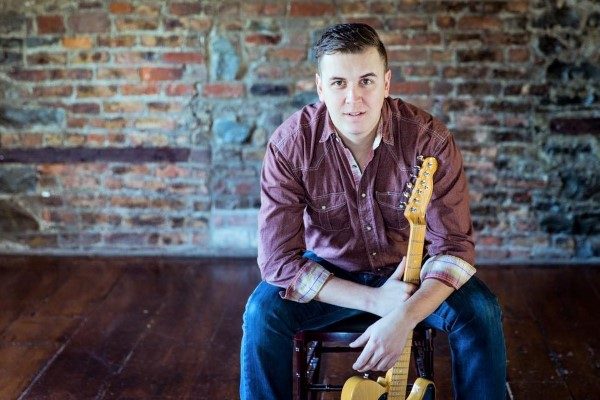 On May 17, voting opened for SiriusXM’s Top of the Country music competition. There are nine amazing semi-finalists vying to be Canada’s next big star and win the grand prize of $25,000. Here at Canadian Beats, we wanted to introduce you to the finalists, show you their studio session video, and then we urge you go vote for your favourite in each market, once per day!

We spoke with Newfoundland’s Chris Ryan first! Check out his video below for “Lucky Heart” and find out more about him. Go vote for Chris HERE. Remember, you can vote once per day for each market until June 6!

Hi, Folks. My name is Chris Ryan, and I’m a singer/songwriter from the tropical island of Newfoundland.

You are in the semi-finals for SiriusXM’s Top of the Country music competition, how does it feel to be vying for the top spot?

It’s been a pretty surreal experience thus far. But, it feels fantastic to have my original music recognized, and shared to so many new listeners.

The competition features some incredible Canadian talent, what was your first thought when you found out you were one of the nine semi-finalists?

It was a bit of a humbling shock. I was familiar with several others, but as I began to look up the ones I didn’t know, it became even more jaw-dropping, There’s so much talent amidst this group, honoured just to be in the same company.

The winner will win the grand prize of $25,000, what would your first plan be for the winnings?

I’m currently writing a new album, so if I was lucky enough to make it to the top, the prize money would go along way in helping me get the chance to get my new music to all the listeners and voters out there.

What are you currently up to in your career? Do you have any new releases or tours on the rise?

Actually, like I mentioned early, I’m in the midst of writing my new album. We’ll make the release of a new single in the near future, with the full-length album to follow later in 2018. I’m still playing as much as I possibly can in Newfoundland, and we’re currently trying to finalize some East Coast festival dates. I also just finished up shows with another East Coast artist which took me as far west as Manitoba.

If you were to speak with a newcomer, what advice would you give them about making it in the music industry?

Persistence is one of your best friends in this industry. You hear a lot of ‘no’s’ and negativity, but that can’t hold you back from the chance to share what you’ve created.

Last but not least, is there anything you’d like to say to your fans who are voting for you daily?

There’s no way to portray my gratitude for the support I’ve received. A million Thank-You’s to each and every person who’s taken time to vote, view, or share. It’s been eye-opening to get feedback from fans all across the country and as far south Nashville, sharing encouragement and telling me they’re voting regularly.