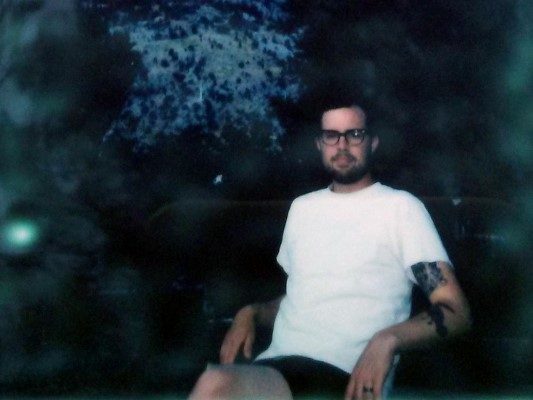 Toronto’s Tang has recently released a video for their single, “It’s (Not) All Bad”, which is from the upcoming debut LP, Super Happy which is set for release on June 2, 2018 from Toronto’s Art of the Uncarved Block. Tang is the solo project of Peter Johnson from the heavy twin brother duo, Low Sun.

Check out the video below and find out more about Tang via our Five Questions With segment.

I’m Tang. In civilian life, I go by Peter. Close friends and family sometimes go with Pete. You can refer to me by either or even make up your own twist. I make all of the sounds that go with Tang.

I like to experiment with music and recording in solitude. Generally, it all happens during periods of my life when things are settled and I have time to reflect and work without interruption. I am also very lucky to work a seasonal job that allows me quite a bit of spare time during the winter, which also happens to be a favourite season of mine for music making. Super Happy was written fairly quickly. The facet just opened so I took advantage of that. Mostly I create the music first and then will add a vocal part, or start with singing and build around that too. My songs are like construction zones. I rarely scrap things once they’re made and am content with the mistakes, weird noises, and overall results of experimenting with sounds during the process. Tang is not focused on perfection. That’s a weird human construct that makes the world boring and void of character.

I’ll be playing a couple of shows in June to support the release of Super Happy and then definitely more going forward. Here are some dates:
June 2- Toronto, ON @ The Dupe Shop w/ Prom Nite, The Alcoves
June 16- Hamilton, ON @ The Clef w/ Sad Sorcerer
June 30th- Montreal, QC @ Brasserie Beaubien

The live performance will be a different experience than listening to a Tang album. I’ve been preparing a set with a bass player and a drummer, my backup band the Hang-gliders. People will find there is a bit more grunge to the songs, more grit I guess. It’s been fun dismantling songs from the album as well as older material and giving them away to two other people to mess around with. So far it’s just been really fun playing the songs with friends. That’s the goal, having a good time and doing something different. I always want to be a step ahead of what people may expect from the project. It keeps it interesting to me.

This is an impossible question, so I will respond, after much research and meditation, with suggesting a song that corresponds effectively to each astrological sign. I omitted the Cancers and Sagittarius’ because we don’t really get along. Please listen accordingly:

I always feel caught off guard when asked favourite music questions. Like all of the bands I love and listen to frequently just fly out of my head, so this is not a complete list by any means. This is certainly not a plug, but I honestly love all of the bands that my label Art of the Uncarved Block works with. We are lucky to be building a community with some of my favourite bands going right now such as Stresser, Chris, Fond, and Humanities. I’ve also been listening to other newer Toronto bands like Blankscreen and Poor You. I’ll also listen to anything off of You’ve Changed records, notably the music of Daniel Romano. Crabe from Montreal is probably one of the greatest live bands you’ll experience these days. There is too much.