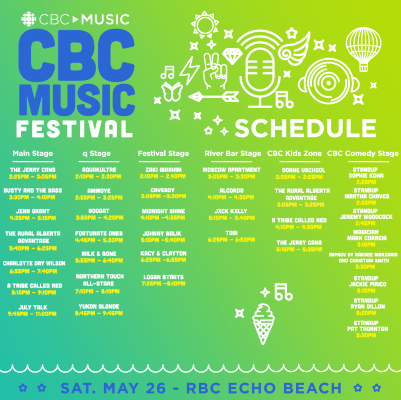 Set times for the Main Stage, q Stage (hosted by Tom Power) and Festival Stage are now available via cbcmusic.ca/festival, as well as the schedule for the popular CBC Kids Stage where A Tribe Called Red, The Rural Alberta Advantage and The Jerry Cans will perform a second, pared-down performance in the Kids’ Zone, hosted by CBC Kids’ Cottonball, Tony and Victor.