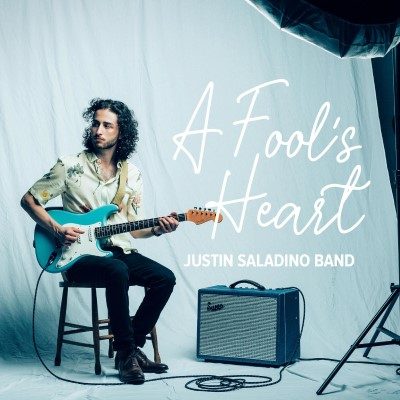 In November 1992, I had just started to figure out that there was more to music besides punk and metal. During this pre-renaissance phase, a friend asked me to go to Seattle and catch a show. I think I said okay because those were the days when you could cross the border with enough booze and drugs to kill your average pony which is probably why I felt comfortable enough to go. When we pulled the car over at the gig, I remember thinking “what the shit is this?” What is Dimitriou’s Jazz Alley? And who the hell is Dr. John? I got all pissy about it until my buddy told me that Dr. John was also known as The Night Tripper, was from New Orleans and if he hadn’t had one of his fingers shot nearly off, would have been the greatest guitar player to come out of New Orleans. As he had his finger nearly shot off, he switched back to his first instrument “kazoo?” I said ever the smart ass. My buddy shook his head and said “Piano.” Dr. John’s show that night proved to me that genre was and is irrelevant. I’ll write it again. Genre is irrelevant except in the most general sense of the word. I despise purists with flow charts and definitions of genre who somehow manage to suck the energy from a room with bullshit like “the synergistic development of jazz began with the great migration from the south circa 1916 but did not reach full maturity until 1930.” Or in punk terms “Everything made after 1983 sucks ass.” The truth is that anyone can love music from any tradition and the best music has always refused to be easily defined. The best musicians are always the people who had wide exposure to all kinds of music and were able to find their own style and voice carving out an original niche for themselves while adding to the roux. Justin Saladino Band‘s new album A Fools Heart is proof of genre not being relevant and that you can find your way to loving this album from any musical tradition.

A Fools Heart is a showcase of Justin’s influences. If you’re a fan of folk, country, rock, blues etc. There is something for you here. The album has an appeal that reaches the one genre that matters most…music fans. As I usually do, I start with the raw notes I made while listening to the album. My initial notes state: “Wow”. “The mix, production and sound kick ass.” Pushing the VU meter on my tube amp to 100.”  “Tommy Shannon low end.” In that, I thought initially, and through the album, that bass player Gabriel Forget has a Tommy Shannon (Stevie Ray Vaughn bassist) vibe that is unmistakable.  A Fools Heart kicks off with the opening track “A Fool I’ll Stay” which to me was an interesting play off the albums’ title. The song has a completely modern sound but the Hammond type organ really gives the track soul. Justin’s vocals are right up front and sound effortless. The guitar on the track had me thinking of Derek Trucks with its precision and fluidity. The end of the track has a “ jam band” quality building a wall of bluesy swampy rock. “Honey” follows and the fills through the song are great. I love the changes between the picking and open strum. The band is tight and the song carries a funk vibe that gives it some 70’s flavour. The next track “Take What You Need” is so close to being my favourite track. There is a fantastic bass and drum combo, a dirty call and response between voice and guitar and great distorted guitar fills, but I got a bit lost with the chorus which for me, was jilty and breaky, like there was a math, rhythm or meter problem. I did find my favourite track in “All You Ever Need” Justin’s vocals are so good on this track and the song itself is sexy as hell. The simple arrangement lets the instruments shine with a  big sound and shows off Justin’s “Adam Levine” type vocal range. The song has a flow that reminded me of Robert Cray. The production is so good here, every channel is clear and nothing steps on anything else.

A Fools Heart rolls on with “Third Week Of June” where the folk and roots feel like Gordon Lightfoot’s or even closer to The Nitty Gritty Dirt Band. It’s a love song where the guy isn’t long gone and lonesome and at one point, there’s a lyric that goes “Go Tell Crosby Stills and Nash that our helplessly…” I was stuck. At the minute twenty-five mark. I must have listened to that one bit about sixty times. Looked for a lyrics sheet, nope. Finally went to Facebook and messaged Justin Saladino himself who was warm, funny, and generous with my gouging into his time at The Orbit but who told me the lyric was “Go tell Crosby, Stills, and Nash that our ‘Helplessly Hoping’ days are gone.” Which is a fantastic lyric and an inspired jab at “old sad bastard music” A Fools Heart continues with tracks like “Good Love” where I love the tone of the guitar and the call and response. The track “Put The Hammer Down” is exactly the kind of song I like. A song with that title gives you an expectation of crunchy guitar, driving rhythm and punch. However, the song has a Stone Temple Pilots sounding intro and may be the most introspective track on the album. Justin’s lyric “I Put the hammer down on others and that ain’t right” shows a level of insight and maturity not often seen in a young man. I loved the Police ska breakdown and a Joe Walsh sounding guitar outro. In “Only You” there’s a magnetic whisper in Justin’s voice and the track got me listening to a couple of Trucks and Tedeschi tracks which have the same clear tight sound as “Only You”.

The album finishes out with “Bad Habit” where the lead in has a cool funk groove and I was thinking that drummer A.J. Aboud is a human metronome. The track also had a Dr. John feel to it. “Winter Cowboys” was, for me, a miss. It sounded like they had this fantastic riff and forced a song around it. For whatever reason I kept hearing Bare Naked Ladies in the track, while some, most probably all, would like it, I couldn’t get past it. As always, the misses I point to on reviews are almost always personal taste and bias. The album made me forget that with “Peace With You” I loved the Sam Cooke feel and the old school love song vibe. The album’s last track is “Mama Said” where you hear the pleasant sound of fingers sliding on nylon guitar strings and what sounds like a Dobro guitar. I have no idea why I wrote in my notes that this song sounds like a Quebecois or Acadian translation. I guess the song is in a style that made me write “Love to hear this song in French.” There’s no real thinking behind it, just a feeling and those kinds of questions and feelings bring the listener back again and again. In the end, I go back to the beginning where, except for music and writing, my memory from the nineties is spotty. In fact, there are huge swaths that are simply gone and what I do remember sparks like a collection of arcing live wire wrapped around a tangle of synapses and neurons firing in random and often bizarre ways so that when a memory hits with clarity it is completely unexpected and almost always unwelcome. There are exceptions to the memories that felt and still feel like a barefoot dance on the razorblade of the soul. Like that Dr. John concert in November 92, and now twenty-six years later, walking a path of healing, I know that anyone who has spent time at the bottom and survived it, feels like I did that the moments or bursts of clarity that left you feeling connected to something other than midnight were literally lifesaving. Justin Saladino Band has made that type of record, where if you are feeling way down and disconnected, you can put A Fool’s Heart on and connect not only to the tracks on the album but to the traditions from which it came and hopefully feel life and music’s arbitrary labels fall away as you connect to the universe through the music that made this album possible.