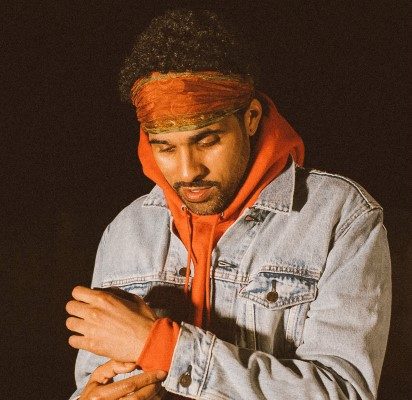 In March, JRDN released his brand new single, “Rumors”, and we had a chance to chat with about the single, upcoming album, the importance of social media, and more! Enjoy.

First off, what have you been up to since we last chatted in 2014?

You have just released a new single, “Rumors”, what can you tell us about the writing process behind the track?

The writing process for “Rumors” was a fun process. It came together at a songwriting camp that my good friend Jenson Vaughn put on with Socan. A bunch of talented producers and writers came and were thrown into different studios to create. On that day I was in with Tim North. Michael Lantz and Shawn Fischer. The record came together fast the chemistry was great between us, and as time went on and the record grew on me I decided to make it my first release.

Social media has become increasingly popular in the last few years, what is your opinion on the importance that we put into this?

Social media has definitely become a driving force in today society. I feel like most people I’m caught being a victim to it and try my best to stay away from it but you know it’s so hard where everything is at the tip your fingertips. Now that I have a daughter I’m trying to be more conscious of staying away from social media but as an artist it’s hard because that’s a driving force behind marketing and promotion, which is kind of the reason we put together the song “Rumors” because you know so many people believe what they read, see, and hear on socials that it creates problems in relationships.

Will there be a video for “Rumors”?

We just wrapped up the video for “Rumors” so it’s on the way just finishing up the edits for release.

When can fans expect a new album from you?

We are working on an album at the moment and it will be out by end of the year. So fans can expect that, although the release date is not set yet, but stay tuned.

Will you be playing any shows in the near future?

I’ll be performing at a charity event May 25 at the Thompson rooftop at a Fashion that’s going to raise funds for SickKids hospital, so I’m excited for that one. Working towards my next release.

If you were able to put together a festival line-up, including yourself and 5 other Canadian bands/ artists, who would you choose?

If I had to choose a festival lineup including myself and five other Canadian acts I would include Daniel Caesar, Jesse Reyes, The Weeknd, Drake, and Tory Lanez.

To all my fans I want to thank you for all the support over the years and thank you for being patient with me over the past few years. I will be making up for it all year with new music and I’ll be working extra hard on completing my album. I love you guys.