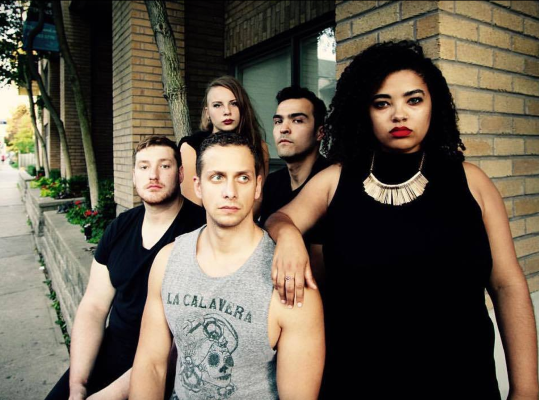 Montreal’s Pouzza Fest takes place later this month from May 18-20 featuring some of the best punk music that’s out there! We’re happy that we’ve had the chance to count down to this festival with you. So far we’ve chatted with Lost Love, This Is A Standoff, Duotang, Blurry Eyes, Julius Sumner Miller, Wasted Potential, Obey the Brave, and now the countdown continues with Toronto’s Copper Crown.

We’re Copper Crown and we are a 5 piece band from Toronto and we started in 2015. We play our own version of Alternative Rock with a heavy influence in Ska, Punk, and Soul.

The more festivals the better, regardless of the season!

This is our first time playing Pouzza Fest and we’re stoked to be apart of such a killer line up.

Lots of great bands this year… besides the obvious choices such as Reel Big Fish and Anti-Flag, there are tons of awesome bands such as The Filthy Radicals, Talk Show Host, The Anti-Queens, and of course Cancer Bats!!

We’ll be playing Strummerfest in Waterloo this summer. It’s a tribute to Joe Strummer. Lots of cool bands!

Write whatever you want, be you!

We are releasing our debut album on Saturday, June 2nd, and are having a release show at the Hard Luck Bar in Toronto with our pals in The Filthy Radicals, Piffbreak Arcade, and Mr.Jr. It’s 11 songs, and we’re stoked to release it!! We also have tons of shows coming up all throughout Ontario and Quebec, with plenty more to come!