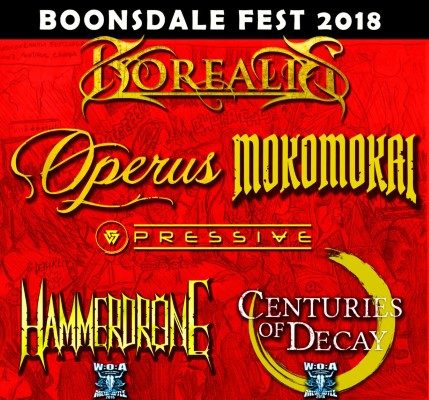 On June 9, Wacken Metal Battle Canada will be hosting it’s 2018 and 5th National final to send one independent Canadian metal band to perform at the world’s largest outdoor metal fest in Wacken, Germany.

This year’s event will see the Best from the West, Calgary’s Hammerdrone and the Beast from The East, Toronto’s Centuries of Decay battle one another on June 9th in Toronto at the Opera House during the Boonsdale Fest where one will be crowned 2018 Canadian Champion and perform at the international metal battle at Wacken Open Air.

“This is all part of the new strategy to minimize travel for the Metal Battle finalists and to have them play to a packed venue. I’m happy to say that Boonsdale Fest 2018 is looking very promising. The idea is to keep growing it year after year and eventually move it to an outdoor location. We want to fill the gap of an open air metal festival in Toronto and we want it to have some of that spirit of Wacken!”