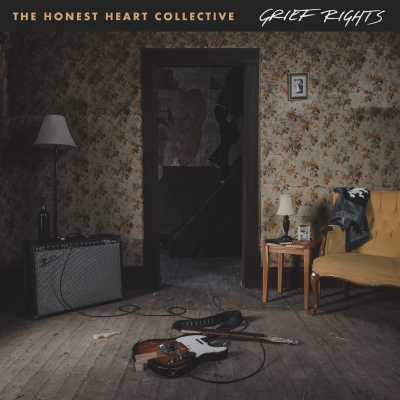 Thunder Bay Indie Rock band, The Honest Heart Collective released their sophomore album, Grief Rights, on May 4, 2018, to great response from their fans. Derek Hoffman(Silverstein, The Elwins) worked with the brothers, Ryan and Nic MacDonald to produce and mix this folk rock-inspired album, helping them keep the creative side apparent.

“These songs capture that everyday fight you have with who you are and who you want to be,” says lead singer, Ryan MacDonald. Their emotional charged single “I’ve Got You” has garnered over 55,000 streams on Spotify since debuting March 8, 2018. “Separate Ways” has since been released as the second single and it has been making an impact on both Spotify and Apple Music on the Breaking Rock playlist hitting a broader audience.

“Debts” slows down the pace and becomes an effective ballad that keeps the nature of the album together. With songs like “Strike Sound” and “Lonely Bones”, you can hear the influence Neil Young has on Ryan Macdonald. “Eleanor” was a nice stripped down soulful addition that was recorded live in a studio. With “When Her & I Began” rounding up this album, you can feel the grief and pain that they have been through helping each and every one of us through our own sense of grief.

If you live in Eastern Canada, you can catch this young group of guys their second leg of their Canadian Tour promoting Grief Rights. With their high energy performances, it is a show you do not want to miss.