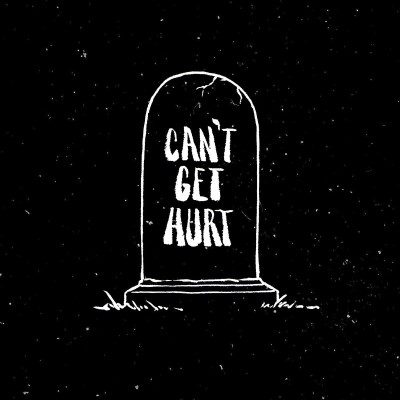 Though this is the first release for Vancouver based band Guilt Trap, I’m already ready for more. Focusing on the first and second wave emo bands such as Rites of Spring, American Football, Sunny Day Real Estate, Jawbreaker, and Jimmy Eat World, it seems that Guilt Trap is bringing the more emotional aspect of the music back. The four-song EP entitled Can’t Get Hurt was released on May 11th is nothing but catchy.

“PSA”, the first track of the EP brings listeners in with a more melodic style, before layering the song with punk and post-rock vocal stylings. With all the layers the song does seem to end just as quickly as it began but not without a seemingly balanced welcome to the next song.

“Smashcut” starts off with a bang which seems to balance how “PSA” ended. Vocally, I found this song much more appealing to the emo style of the band with the raw vocals and more simple guitar chords. If anything, this song brings back the earlier Sunny Day Real Estate sound, and acoustic versions of Rites of Spring. As it’s the longest track on the album, it still seems to end just as quickly as the rest of the songs on the EP, yet for all the right reasons, as you get pulled into the harmonious instrumentals and the right amount of vocals the track blends in with everything surrounding it.

“Don’t Sway” is a bit of a faster paced instrumental track than the rest of the songs. The calmer vocals layer the song with a more balanced sound. Similar to everything else on the debut EP the track has a perfect entry and exit as it blends with “Smashcut” and “Gestate” as it were all one song. This was one track I had to come back to numerous times to make sure I got the full feeling out of it and even still after numerous listens, I still manage to pull something new out of it.

“Gestate” is a great way to end this EP.  Similar to “Smashcut”, if you were to throw this on immediately after “PSA”, it would have been as the song had never ended. With the various speeds, the guitars and drums bring the song evokes a much more flavourful and new spin to both the emo and post-rock stylings most have grown accustomed to.

If you want emotional and raw music, checkout Guilt Trap. With their rhythms and twinkling layered guitars, there’s a compelling pop song at the core of each of the tracks, even with the occasional welcoming of a more punk baseline. You are guaranteed flashbacks to bands such as Rites of Spring and American Football, and the band takes listeners on an emotional journey through the four-song EP. With a release show in Vancouver on May 25th, this shouldn’t be the last we hear from Guilt Trap.