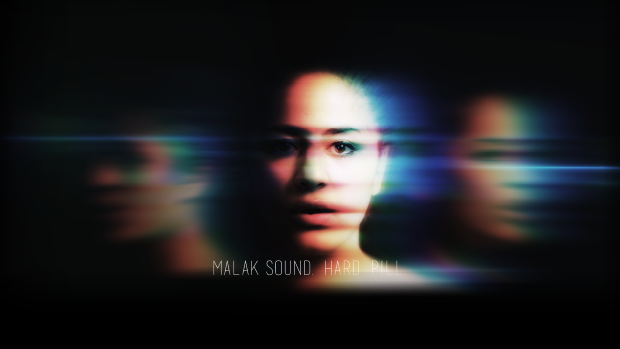 Introducing Malak Sound. After immigrating in 2011 as a result of Arab Spring, and being exposed to Canadian culture which has allowed her and her family to freely express more liberal viewpoints than is traditionally acceptable in Egyptian culture, Malak has pursued her musical career and artistic visions. She has now been in Canada for 7 years and completed a Bachelor of Music degree.

Today we are happy to unveil her brand new single, “Hard Pill”. It’s a unique spin on pop music, with an electronic vibe. Malak blends all of her current and old influences with her Egyptian heritage to create out these distinctive pop stylings.

Malak shares on the single,

“This song is about falling into the pattern of making the same mistake over and over without learning your lesson.”

Check out the single below and find out more about Malak via our Five Questions With segment.

My name is Malak. I create music under Malak Sound and I’ve been singing and playing and performing since I was 7.  I earned my bachelor’s in songwriting and performance from Carleton University, after finally convincing my family to let me do it, and I’m grateful to say that music is all I do now.

I am an electro-pop musician. My biggest influences are Sia, Twenty-One Pilots, and Lana Del Rey. However, being a Canadian-Egyptian, I’ve only recently started to understand how much my dual identity comes through in my music. When I would write I would always draw inspiration from my influences such as, but with more and more people pointing it out I realise that I also draw a lot of inspiration from my background and culture, almost automatically. Most of my writing and my music is inspired by my experiences as a Canadian with Egyptian roots and by Middle Eastern culture, and I am now actively incorporating these experiences and musical elements even more. My goal is to use music to share the experiences my dual identity has given me and that in the process, I hope that people with similar backgrounds are inspired to proudly express theirs, as well. I really believe that everyone should be able to be proud of where they come from and of the identity they choose for themselves and to be accepted and loved regardless. So I think and hope through music we can achieve this kind of acceptance.

I like to make my live shows really engaging and exciting because I’m always really excited to perform and share the music. The Malak Sound shows have a heavy hitting band to make everyone move and dance, and I like to get really up close with my audience and dance with them. The music is for them, so I why not come down from the stage and join them?

The summer of 2018 is filled with a lot of solo tours where I will be performing my more singer-songwriter driven music under the name Malak. I will be doing VIA Rail’s Artists on Board program in July alongside another great artist called Bella Cat, as well as a month-long West Coast solo tour in August alongside her, as well.

The fall will see Malak Sound returning in full swing in preparation for the release of the new album.

Definitely The Weeknd and Lights. I also clearly remember a twelve-year-old Malak covering a lot of Sarah McLachlan.