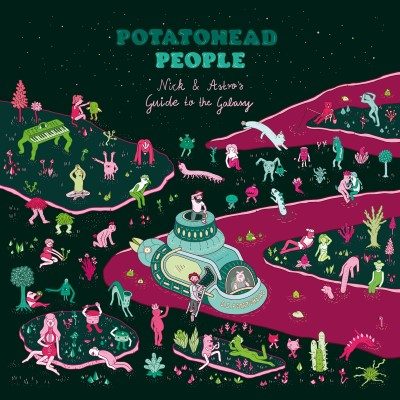 Full Review:   When one thinks of comfort, that feeling of relaxed ease and complete complacency, what images come to mind?  A crackling fireplace sharing space with a loved one under a blanket on a winter’s night?  The meditative movement of an open fire pit, sharing conversation with family and friends while roasting marshmallows and making s’mores?  Perhaps a purring cat laying on a napping chest, the sedative vibrations of happiness opening ones core to the simple pleasures contained in stillness and sound?

Did I lose everyone on the potato imagery?  If your diet is as restrictive as mine, the potato becomes quite the comfort food, as anyone who has made a vegetable potato stew, or eaten potatoes for a week straight, can attest.

Sonically, a room full of potatoes would seem less comforting, perhaps a little off-putting, a reveal shot of a basement full of serial killer stalking potatoes in a surprise twist during a Troma film. Unless, of course (here comes the set-up!) it is a room containing the Potatohead People, a low-fi, hip-hop future fusion of relaxed beats and casual cadence.

Vancouver based Potatohead People, the dub-sonic duo of producers Nick Wisdom and Astrological, have been garnishing high praise and hyped attention with their “J Dilla-esque hip-hop / future electronic feel” sound, a combination of low-fi beats and laid back cadence, pop hooks with an eased sensibility.

Their much-anticipated sophomore release Nick & Astro’s Guide To The Galaxy continues their distinctive signature sound as an introduction for new listeners, and a strong sequel for returning fans, an Empire Strikes Back of experimental future hop, if you will.

There is the part of the review where I dissect the album track by track or discuss a few key track examples representing the album in its entirety.   Instead, here is an overly long-winded paragraph using my favourite self-generated descriptions of Nick & Astro’s Guide To The Galaxy which will give you the reader, and soon to be listener, an overextended simile and metaphor-laden comparison.