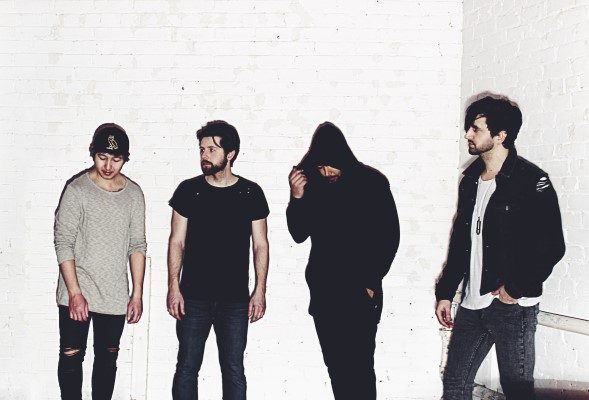 The Toronto-based alternative band, Eden Warsaw had a chat with us during our newest segment of Five Questions With. We are happy to unveil their new music video for “Boulevard”, which you can check out below and also find more out about the band.

Totally! We are Eden Warsaw, an Alternative band from Toronto; Mark David on guitar/vocals, Pchan on guitar/synth, Troy Donaldson on bass and Kyle Densmore on drums and vocals.

The music is definitely a little bit of Alternative, a bit of pop and some electronic influences. With the current music it was all written with the mindset to have one sound on the recorded songs, and then a more ‘live/energetic’ sound at shows, so we definitely have a bit of an edge on stage. I think it’s fun to do things that way. Sometimes a recording band can try their best to replicate their live sound on an album but we tend to not play by any particular rules in that sense, keeps it fun!

Good question for sure and lets me elaborate on the writing style. I think live we are more like an alternative/rock band but our tracks sound more alternative/pop recorded. The energy is unreal on stage and it’s something the four of us have really worked hard to try and put together. We’re passionate about performing the songs live so a different kind of animal comes out when we have a platform to do showcase what we’re working on.

In terms of upcoming shows, we’re actually going on the first leg of our Canadian tour. First playing at the Toronto Independent Music Awards showcase at CMW @ Hard Luck Bar, then we’re playing in Victoria, Vancouver, Edmonton, Calgary, Saskatoon and Winnipeg throughout May. Can’t wait!

I’d love to know what someone is looking for prior to recommending, music is and should be very personal, but realistically the first two singles off the upcoming album ‘Calm The Coast’ are a good variation. So I’d either recommend ‘Somebody Tell Me’ based on someone’s preferences/emotions or ‘Boulevard’. Sorry for recommending two!

How many are we allowed to pick? We’re fans of Arcade Fire, Charlotte Cardin, Daniel Caesar, Jazz Cartier, Dear Rouge and The Beaches to name a few currently!