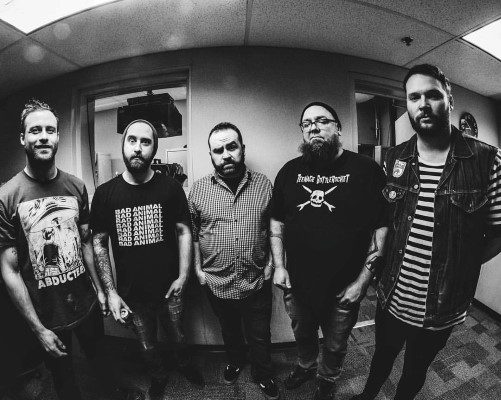 Montreal’s Pouzza Fest takes place later this month from May 18-20 featuring some of the best punk music that’s out there! We’re happy that we’ve had the chance to count down to this festival with you. So far we’ve chatted with Lost Love, This Is A Standoff, Duotang, Blurry Eyes and now the countdown continues with Alberta’s Julius Sumner Miller.

You prepare for festival season by drinking lots of water and getting some sleep… cause neither happen once you’re into it.

Have you taken part in Pouzza Fest before?

If so, what is your favourite memory?

Suicide Machines doing Destruction by Definition in its entirety a couple of years ago was AMAZING… and drinking cheap 50’s on Foufs patio to the golden tones of Seth Anderson is always a favourite of mine.

Pizza… most of the Poutine out West is hot garbage.

Always be hustling, set up quickly and promote the hell out of your shows.

Record a new record in June and maybe go for a pedicure.