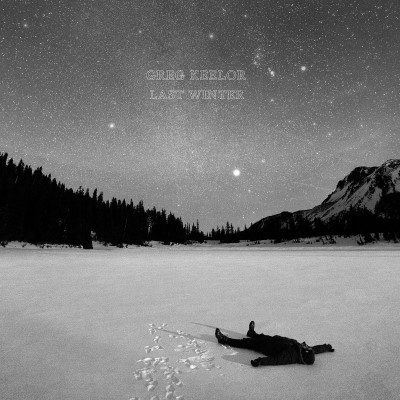 You would be hard-pressed to find someone who hasn’t heard of Blue Rodeo. Their music has spanned the rest of time and their loyal fans have turned them into Canadian classics and legends. Greg Keelor, guitarist and co-founder is Blue Rodeo, has released his fifth solo album. The four-track release was recorded after the band’s 1000 Arms tour when Keelor had several friends going through trying medical issues and he needed a way to channel his feelings and thoughts.

The album opens with “Gord’s Song”, inspired by the late Gord Downie of The Tragically Hip. “This record started with The Tragically Hip’s show at the Air Canada Centre in Toronto.  The song is my impression of that show and just how beautiful it was – how inspiring.  The way they did the whole show – starting out tight like a bar band and then expanding it up to the big stage at the end.  But the part of the show I found most inspiring was when they transformed the arena into fire and lightning.  That expressed more to me than any words, any song.  It was such a brave act,” said Keelor on the song. The loss of Downie was certainly felt around the country and this song is a beautiful tribute to his bigger than life personality.

“City is a Symphony” has impressive harmonies and string sections in the backing music, adding to the ambience and vibe of the album, which Keelor dubbed “uplifting melancholy.”

“Early Morning“ is a sombre, slow cover on the classic song. The album closes with what may be the most heart wrenching song on the release.

“Three Coffins” was written with his late birth mother in mind after she passed away. “A few years ago she had a stroke and she was pretty out of it this one night.  My mother, her sister Martha, my cousin Paul and I were sitting in her house and Martha and my mother had a couple glasses of wine.  Now, my mother and my aunt are a couple of real Cape Breton mystics and they believe in Jesus but they are devotees of the Holy Spirit.  She’d just come back from the hospital, we were all talking and she was quiet and off in the corner.  Suddenly she said:  “There’ll be three coffins.”  We all stopped and looked at her. “There’ll be three coffins.  There’ll be one for you,” and she points at me. “And there’s one for Martha and one for me,” meaning herself.  “And they’ll take us to the river and lay us gently in the stream, we’ll float out into the ocean, we’ll sink beneath the waves and there we will stay until we become fish and start again.” I just thought that was fantastic.  That’s brilliant.  It just stuck in my head. I remember thinking that I should move in with her for a while and write down all of these things (I’m such a mercenary…). My original name was Francis McIntyre before I was Greg Keelor.  So, this is one that Francis and Mary Theresa wrote together.”

Although the album is only four songs long, this is a very powerful album by Keelor. Full of his grief channelled into words, the listener can hear the pain of all that was lost in this time of his life.