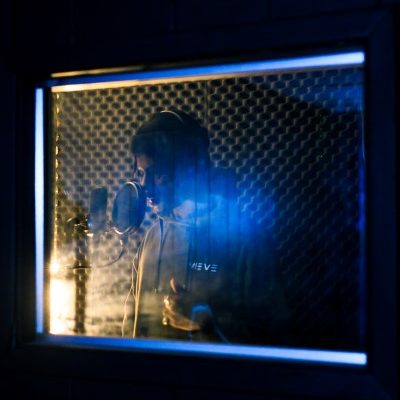 Montreal’s Patrik has released a video for his single, “Entitled”. The single is from his forthcoming EP, Spadina which is set for release this year. “Entitled” (prod. CMPLX, J Cash and $on), falls on the sentiment that, “You do not have, because you do not ask. You ask and do not receive, because you ask wrongly, to spend it on your passions.”

The single has 20.3K streams on Spotify and continues to rise.

“Entitled is the embodiment of my transitioning,” Patrik says of the track. “In style, it visually captures the simplicity of reinventing myself. Content with where I’m heading, disregarding complimentary statements.”

The director of the video, Dede Soueidan, has been a longtime creator of performance art and documentary. In this collaboration, he found himself in new territory by exploring unique phonic influences that guide his shots and chops.

“We saw this as an opportunity to capture performance art, in a pure form, in a gallery (which at the time was housed by photography portraits),” says video producer, Arash Maleki, of Montreal-based Pigeon House Productions x Beso TV.  “It is kind of like if a portrait came to life to unload the content and emotion within its frames. As an avid fan of art, Patrik creates an ode of sorts, a performance to come support and animate the spirit of the art hanging on the walls of the gallery.”