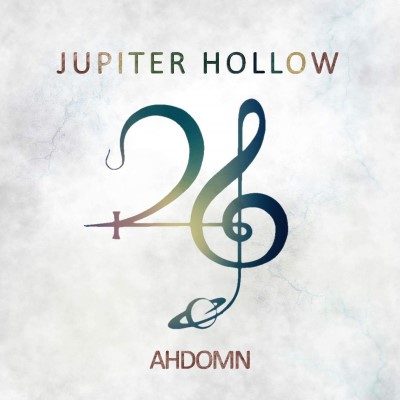 “I remember. I remember how it started” -Nikki

May 1988 I was coming down off a long multi-day trip that featured jimson tea and mescaline. My friend Brian had somehow got my attention and said: “Man you gotta listen to this!” He dropped Queensryche’s Operation Mindcrime on me and I realized two things: 1) That from the first second of Mindcrime I’d be staring at my shoes lost in the world that album created and 2) Queensryche with Geoff Tate had taken the heavy metal genre and dumped it on its head. I know hardcore punks, metalheads, Yes fans, Rush freaks and Motorhead crazies who all agree that Operation Mindcrime is a great fuckin album and another May 2018  release AHDOMN from Jupiter Hollow is as well. The old joke: Q “What’s the best thing to come out of Barrie?” A: “An empty bus” no longer applies. AHDOMN is Jupiter Hollow’s first full-length release and this album grabbed me from the jump and held me through its six tracks. When I put on an album that I am reviewing, I listen to the album without interruption then play it again and take notes. My first raw notes on AHDOMN were: thick soundscape. So many layers. So much to listen to. Kicks Rush’s ass. Mindcrime.

Jupiter Hollow’s AHDOMN proves that progressive metal can be the heaviest of metal but rich with sound, beautifully written songs on what feels to me a Socratic note where the songs ask questions of the listener and the listener, in turn, ask questions of the songs. This type of dialogue is essential to great music and it can be found from Mozart through Metallica. The opening of AHDOMN is called “Ascending” the sound has a rich vibrant rising and the line “Your future self is watching you right now” is a thread that runs through the album. Jamie King’s mix and mastering on AHDOMN is as good as you can get. “Ascending” climbs through harmonies and minor keys before the low end drops like a bomb-making a seamless transition into “Hades Heart” where the line “standing on separate beaches staring at the same stars” could have come from Whitman or Ginsberg. Kenny Parry’s vocals are limitless. His range and power are astonishing and his drums in “Hades Heart” really make the track take off. The song has a great flow through tempo changes with the restatement of the intro throughout the track. With prog/metal, my main issue is with its complication and the exploration of the intricate. I find myself wishing for something grounded in a little “shack-nasty” and AHDOMN’s third track “Deep In Space” starts with a Texas Blues like shuffle that kicks ass and then launches into the main riff that kicks even more ass. The iron left-hand guitarist Grant McKenzie is outstanding while the keyboards add a deeper layer. I was thinking of Faith No More while listening to this track. I go to my raw notes on the track “Over 50 Years” they say “Grindy awesome. Boot heel riff. Sonic curb stomp.” Really what more needs to be said? Kenny’s vocals get raw and Grant has this Steve Vai sounding overlay through the track which I loved.

I’m a punk. A blues guy, Folk loving, old-school country metal head. I have issues with songs playing more than six minutes. Having said that more as a statement of my roots than an argument, Jupiter Hollow overcame my long-held and acceptable bias with the final two tracks. “Mandating Our Existence clocks in at ten minutes and twenty-nine seconds. I loved this track. The use of minor keys and a discordant piano in the beginning set the stage for an existential experience with a question like “What do you dream of?” Followed soon after with another line that feels like an answer: “To be inside you.” The track showcases Kenny’s vocals and reminded me of Queen where, in the lyrics, is this driving exhortation that is a dramatic device often used in Opera. The album ends with “Null Without Praise” clocking in at sixteen minutes and thirty-two seconds. The intro has a nasty drum and bass fill. The riff has a great chunky quality and from the three-minute forty-five-second mark to four minutes, Kenny holds a sustained note that is mind-blowing. The exploration and echo of the “Rabbit hole again” is surreal. At eight minutes his vocals match the “wah” of the guitar in a fantastic mix. The track is an exploration of self where lines like “Fighting my reflection for so many years.” and “Someone has to die” are linked in my mind directly to line 38a of  Plato’s Apology where Socrates writes “The unexamined life is not worth living.”  The song and album as a whole also connected me to the allegory of Plato’s Cave. Where prisoners are bound in a cave and the reflections and shadows they experience become their reality so if the prisoner breaks free he would not recognize the world he escaped into, or in other words, our senses teach us what is to be human and that knowledge is not to be taken as fact. We must struggle beyond the limitations of what we perceive to be true. (Read Plato’s Republic). Fortunately, the final song gets plain raunchy at the ten-minute mark and ends in a perfect moment where a minor note meets a major chord in both a question and answer. The last of my initial notes is a reminder to look at a poem by Russian poet Yevgeny Yevtushenko where in his poem “The Torments Of Conscience” he writes:

“And if in this wide world where no one,
no one is guiltless, someone has heard
within himself the cry ‘What have I done?’
then something can be done with this world.”

AHDOMN reached me on that level. The overall existential nature of the album asks the listener questions and leaves enough space for the listener to answer.