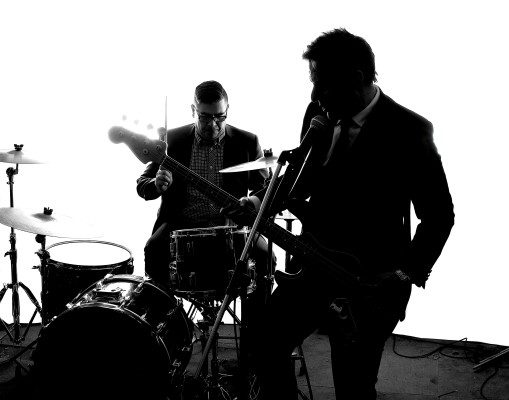 Montreal’s Pouzza Fest takes place later this month from May 18-20 featuring some of the best punk music that’s out there! We’re happy that we’ve had the chance to count down to this festival with you. We started the countdown yesterday with Lost Love, then This Is A Standoff, and now the countdown continues with Canadian duo, Duotang.

I am Rod Slaughter, one half of the Canadian band Duotang. Although we disappeared for about 12 years since our days with Mint Records (1996-2002), we reunited in 2015 and happily joined the wonderful Stomp Records label.

May is a perfect time for a festival, as it is outside the typical festival timeframe, but also nice weather. So we like!

Have you taken part in Pouzza Fest before?

No, this is our inaugural appearance at Pouzza, so we’re pretty excited!

We have friends in both Chixdiggit and Cancer Bats, and both are awesome bands, so that would be my top picks…but the whole line-up looks great.

We love getting poutine in Montreal, so I’ll go with that one.

Yes, the Winnipeg Jazz Fest in June. Otherwise, its a slower summer. Last summer we played quite a few including SXSW, Sled Island, Pop Montreal and Up&DT Festival, but that was because our last record came out in late 2016. Now we need to take some time to write a new one!

Steer clear of trends and remember this is about having fun

Working on new material for (hopefully) a new album.