Home / Interviews / Five Questions With Jesse and the Dandelions

Five Questions With Jesse and the Dandelions 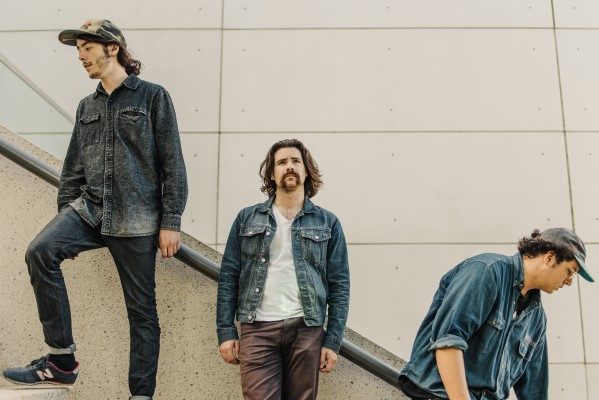 Tomorrow marks the release of 5-piece art/space pop band, Jesse and the Dandelions new single, “Not Getting Your Way”. The single is from their upcoming album, Give Up The Gold which is set for release in September. Give it a listen, and find out more about the band in our Five Questions With segment.

Hello there readers! My name is Jesse Northey. I usually reside on the sunny beaches of Edmonton, Alberta but currently, I’m spending some time in Toronto until the end of May. I front the band Jesse and the Dandelions and also work in the music industry as a recording engineer and grant writer. As a reader, feel free to introduce yourself to me, and we can build the relationship from there. I’ve started playing tennis lately so maybe we could give that a shot.

I’m a big sucker for melodies, and with that comes a lot of chords. I always want to make things prettier and more grand when it comes to recording my own music so usually, there are a lot of layers that take it into a dreamy territory. This newest record is very much a record that I wrote on the piano. Particularly this nice little Wurlitzer that used to be owned by Colleen Brown (her new record/project Major Love is great). I decided I wanted to get better at the piano about two years ago, and I picked up a few keyboards for the apartment and got a Beatles chord/songbook. The rest is history!

My lyrics usually come after the form/arrangement and I tend to favour words that sound nice in certain places and have a particular feel in the way they roll off the tongue. I try and sculpt these words into somewhat of a poem that has an overarching theme but to be honest I think most of my songs are fairly vague. Maybe they hold the key to my subconscious! I generally write about heartbreak, the dangers of success, and cosmic wanderings.

We DO have upcoming shows! Mostly in Toronto at the moment, but more across the country in the summertime.

Ooooh, tough one. I’m going to cheat. If I had to make a first impression, I would show someone my figure skating music video for the song “No Fun”.

But if I just had to show one song that generally captures the vibe it would have to be “True Blue“. It’s one of the stronger songs I’ve written and I think it turned out swimmingly!

So many tough questions. There are so many amazing artists in Canada. I’ve been listening to Daniel Romano’s Modern Pressure over the last year and it’s definitely up there as a favourite. I’ll also give a shoutout to a much smaller band that I think deserves more attention. The Utilities from Lethbridge are a fantastic band that writes super strong gorgeous roots music for fans of Wilco, Weakerthans, or Tragically Hip. They have a wicked new record called Heavy South.

Spent a lot of time with Faith Healer in the last year and if you haven’t checked out their record you are seriously missing out. It’s called Try 😉 . Takes a few spins, but when it finally hits your eyes will open up and you will be enlightened!