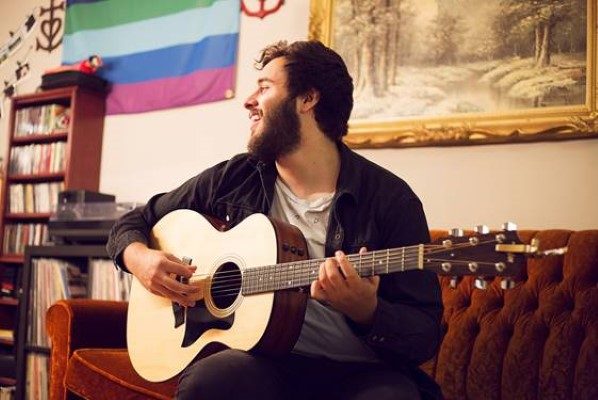 Montreal’s Pouzza Fest takes place later this week from May 18-20 featuring some of the best punk music that’s out there! We’re happy that we’ve had the chance to count down to this festival with you. We’re starting our countdown with Montreal’s own Lost Love.

My name’s Guilhem. I play in a band called Lost Love. I’m also one of Pouzza’s shareholders/talent buyers. I book shows and I tour a lot on my own or with my band.

It feels good to have a festival like Pouzza to kick in the festival season in Montreal. For the past eight years, Pouzza’s been the event that starts my summer. It’s also really cool now that we have the beer garden (outdoor stage, downtown Montreal) because, usually, the festival that we have in Montreal are not punk. It’s great to have a bunch of punx walking around the town for 3 days.

First one that came to my mind is probably when The Lawrence Arms played @ Pouzza 2. Both their official set and secret set.

Empty Lungs, The Penske File, Arms Aloft and a lot of the bands that are written really small on the poster.

You cannot ask me to choose between poutine and pizza. It’s like asking you which one of your kids you prefer. Of course, we all know you prefer one of them, but you don’t want to hurt the other one so you keep it to yourself. Hence, Pouzza.

THE BEST SMALL BAND EVER.

Play as many shows as possible in as many cities/venues as possible. Travel around the world and share your music to as many people as possible.

Lost Love releases a new album on May 25th. I have a solo album coming out soon too. I’m going in Europe for almost two months and when I come back, we’re gonna play weekend-shows with Lost Love in Quebec and Ontario. In October, we will tour down the East Coast to go to THE FEST and next winter I might do a 2-3-month solo tour across North America. After that, I don’t know.