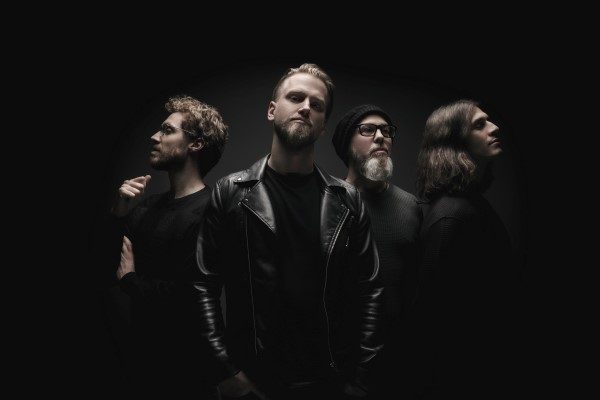 Ontario’s Stereo Sunrise will be releasing their self-titled four-track EP on May 25, with an EP release party scheduled that night at Warehouse in St. Catharines along with Barbarosa and The Bandicoots. The album features a new drummer, Mark Hoerdt. The band also worked with producer, Andre Kaden Black on the EP which results in a different sound than with previous releases. In addition, the EP was recorded by Tal Vaisman (Ascot Royals) and mastered by Grammy-nominated mastering engineer, Joao Carvalho.

In advance of the release, they have unveiled a brand new single, “Said The Villain”, which you can check out below. It’s the type of track that will be stuck in your head, and you’ll be singing along as you play it on repeat…over and over again. While you’re here, you should also read our Five Questions With segment and find out more about Stereo Sunrise.

On the surface, we are a four-piece rock band from Niagara Falls. We started out in 2012 when Piero (lead guitar) put an ad on Kijiji which Justin (vocals) answered. Justin invited his friend, Arih (bass) to audition for the band and he showed up with a juice box and a sandwich (and a bass guitar, of course).

Right from the start, the focus has been where it should be: on the music. Since then, we’ve released 2 EP’s (with our third scheduled for the end of May), won a Niagara Music Award for Rock Group of the Year, and changed drummers twice. Hopefully, the third time’s the charm as we welcome our new drummer, Mark, into the fold!

Longer version: we’re trying to capture a lost feeling from the 90’s alt-rock movement within the current climate of rock music. We’re not teenagers, some of us actually remember the 90’s and we pull a lot of influence from this era, especially bands like Blind Melon, Jane’s Addiction, the Gandharvas, Weezer, and the like. Beyond that, we like music from all eras, one of our songs was inspired by a J.S. Bach tune – good music is good music!

For our third EP, we worked with producer Andre Kaden Black and engineer, Tal Vaisman. This partnership really enhanced the new EP by developing the songs into a more contemporary sound. The whole process has taken about a year, so we are super excited to get these songs released and the back into the studio to record the next batch.

What does it sound like? We’ve heard people compare the new songs to the Arkells, Weezer, Queens of the Stone Age, and Wilco. Better listen for yourself (and then let us know!)

The next big show is Friday, May 25th. All winter long we have been looking forward to releasing our third EP at Warehouse in St. Catharines. The Bandicoots and Barbarosa will be joining us on the bill, it’s going to be a great night! After that, we’ve got some festival dates and a tour planned for later in the summer.

Depending on who you are, there are two tracks on the new EP that we’d suggest. If you want to hear a rock song, it’s the first single, Said the Villain. If you prefer something a little mellower, Growing Older is the 90’s-esque ballad you’re looking for.

We love Canadian music! Piero and Justin got to meet Sam Roberts a couple years ago and they’re huge fans, so that was a real treat.

Venturing out of Ontario, Nick Faye and the Deputies, Megan Nash, Bears in Hazenmore, Doja, The Burning Hell, Pin Up, Po Lazarus, Jont, and Joel Plaskett.

We’ve read articles on many of these artists right here on Canadian Beats – thank you for featuring Canadian bands!