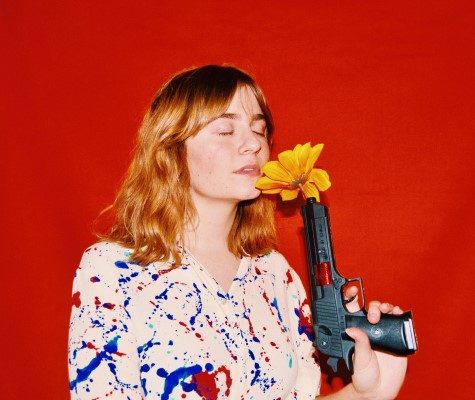 Vancouver’s Haley Blais recently released her brand new EP, Let Yourself Go. The EP’s lead single “Small Foreign Faction” has already taken the internet by storm, collecting critical acclaim and garnering over 150,000 streams within weeks of release – and the EP had a great start at radio by making it in to Top 15 @ NACC Top Adds with 36 official adds, and landing at #11 most added.

Her new video for the track “Remove Tag” was also recently released, and has already gained over 39K views. Check out the video below, and be sure to take some time to find out more about Haley via our Five Questions With segment.

Haley shares on the “Remove Tag”,

“This song is very transparent in its meaning; it’s literally about the worst photo ever taken of me in high school, that was repeatedly posted on Instagram. This song and ‘Seventeen’, another track on the EP, are the only ones that are actually about a part of my life – both stemmed from my teenage years. I feel like I’m finally past writing songs about that era of my life, so it felt fitting to throw a party with all my friends and film it for this.”

It’s a mix of indie folk/rock and pop stemmed from both personal experiences and fictional stories. You can try and guess which is which.

We’re currently touring across Canada, so yes, lots of shows! The set is really fun, it’s myself and four very energetic dudes. I’m obsessed with primary colours, so that’s the general colour scheme you’ll see. We look like a bunch of western elementary school teachers.

Probably “Small Foreign Faction”, I’m proud of the way that song turned out.

Andy Shauf is one of my favourite songwriters of all time, I’m obsessed with Alvvays’s new album too.